Astrology provides a unique perspective on the outcome of the US presidential election but with five charts to consult it’s a complicated process involving the evaluation of multiple pieces of sometimes contradictory data: And due to the not quite right birth times of the two candidates there’s uncertainty regarding crucial data in their charts that’s critical to determining their fortunes.

That said… in a contest between two rivals who have an equal chance of winning the one who has the most harmonious or least discordant tenth house on the day of the contest will win. So a single key metric – the harmony or discord score of house 10 (getting the job) in each candidate’s chart on the day of the election – circumvents the complex data assessment and permits a comparative judgment where numbers reveal the winner.

The house 10 numbers for Donald Trump and Joe Biden, based on charts calculated for their stated birth data, are

So, the winner is Joe Biden.

But the numbers aren’t absolutely correct. Due to an unknown discrepancy in each candidate’s recorded birth time and their actual moment of birth the degree and minute on the Midheaven in their charts isn’t quite right so there’s uncertainty regarding its progressed position and the start and end dates of its progressed aspects. And this means that there’s a large or small error in the power, harmony or discord scores given its progressed aspects.

These aspects are crucial data points in any event pertaining to getting or losing a job and the only way to have certainty in determining the winner of a presidential contest by astrology is to time births to second.

Data that’s not provided by the candidate’s birth charts

The environmental circumstances in America during October-November 2020 are unprecedented. The November 3 election is being played out against the backdrop of the coronavirus pandemic, a major recession, racial reckoning, civil unrest, vigilante violence and a raging, unconventional incumbent – Donald Trump.

Both he and his challenger – Joe Biden – are septuagenarians. Their character’s were shaped and culturally imprinted back in the 1950s and 60s and if you’re aged between 18 and 23 and a member of generation Z you’re likely to think they’re relics of an ancient past. Many voters are of the same ilk and unlike the genzeders, who are fuelled by idealistic dreams and great expectations (Neptune), their dreams have faded and they’re driven by fear, anxiety and insecurity (Saturn).

The coronavirus pandemic will see many voters cast their ballots by mail and delays with the postal service could interfere with the election: The result may not be known for days or weeks.

The candidate who gets more than 270 or more electoral colleges votes wins and the voters in the battleground states – Florida, Iowa, Michigan, Nevada, New Hampshire, North Carolina, Ohio, Pennsylvania, Virginia and Wisconsin – hold the fate of the universe in the hands.

Discord is barreling towards November 3, 2020

Come election day the astrological scripts in America’s chart and the Libra new Moon cycle chart are charged with discord and the strife, conflict, hostility and unrest is barreling towards November 3, 2020.

In the weeks preceding the election in America’s chart progressed Moon is inconjunct birth chart Mars and sesquisquare progressed Uranus. Mars has a lust for strife, violence and brutality. He rules the police and national guard and the country is burning as Donald Trump stokes rage and violence and ignites racial unrest, civil rights protests and clashes between pro-Trump supporters, Black Lives Matter demonstrators and pro-Biden supporters. There’ll be blood on the streets.

There have been instances where a sensational event in the last days of an election dramatically alters the expected outcome and Uranus – planet of sensational, surprise events – is active in America’s chart in the final two weeks of the election campaign.

The October 16, 2020 Libra new Moon chart for Washington is a high-discord dangerous chart. The lunation is in house 8 (death, debt and taxes) and the chart’s discord score is a massive 162 discordynes. The house 8 discord count is 66 discordynes. It forecasts major events involving death.

The influence of Mars is pronounced and Uranus – the surprise card – is in house 3 (postal votes). We assess the chart as slightly favoring the Democrats in the election, but there’s much more to the chart than an election contest. It influences America’s national affairs from October 16 to November 15, 2020.

You can see the chart here

The Jupiter and Saturn cycles

It’s believed that Jupiter rules the Republican Party and Saturn rules the Democrats but we’re not so sure about that.

The Republican Party may represent business and rich world but it stands for conservative values. Its persona is defined by Saturn – ultra-conservatism, stinginess and fear: And the Democrat Party may represent the workers but it stands for liberal values. Its persona is defined by Jupiter with a dash of Uranus – liberal social views, generosity, reform and progressive change.

Whatever… progressed Jupiter sextile the ascendant in the Jupiter cycle will see a higher than expected voter turnout for the Jupiter party. There is no aspect in the Saturn cycle influencing the Saturn party’s vote.

The polls may provide a reliable guide to voter intentions as E-day approaches but the result of the election will hinge on the number of people who decide to vote especially in the battleground swing states. Slight swings one way or the other in these states could see either candidate romp home in a landslide. 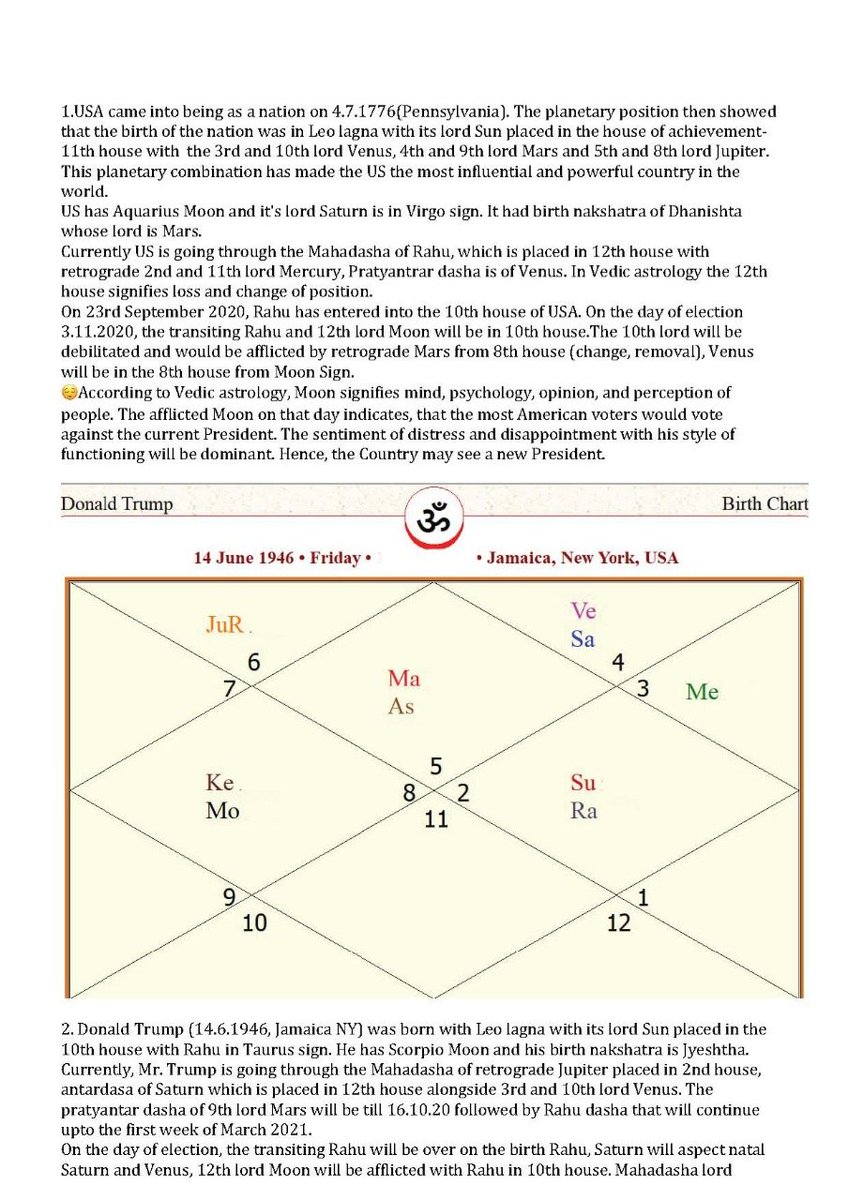 Both Donald Trump and Joe Biden have the Sun in the birth charts trine Jupiter; and some would say it’s the best possible aspect for success. It ensures environmental support and luck in a political contest.

And an outstanding difference in their characters is defined by Sun conjunction Uranus – the planet of radical rhetoric and bizarre behavior – in Trump’s chart and Sun conjunction Venus – planet of courtesy and friendliness – in Bidens.

The disproportionate amount of chart power (46%) possessed by the Sun, Moon and Uranus in Trump’s chart reveals a character that is skewed and lacking in symmetry. Maybe the prominent Moon provides him with a strong connection to the common people; and maybe the weak Moon in Biden’s chart doesn’t. 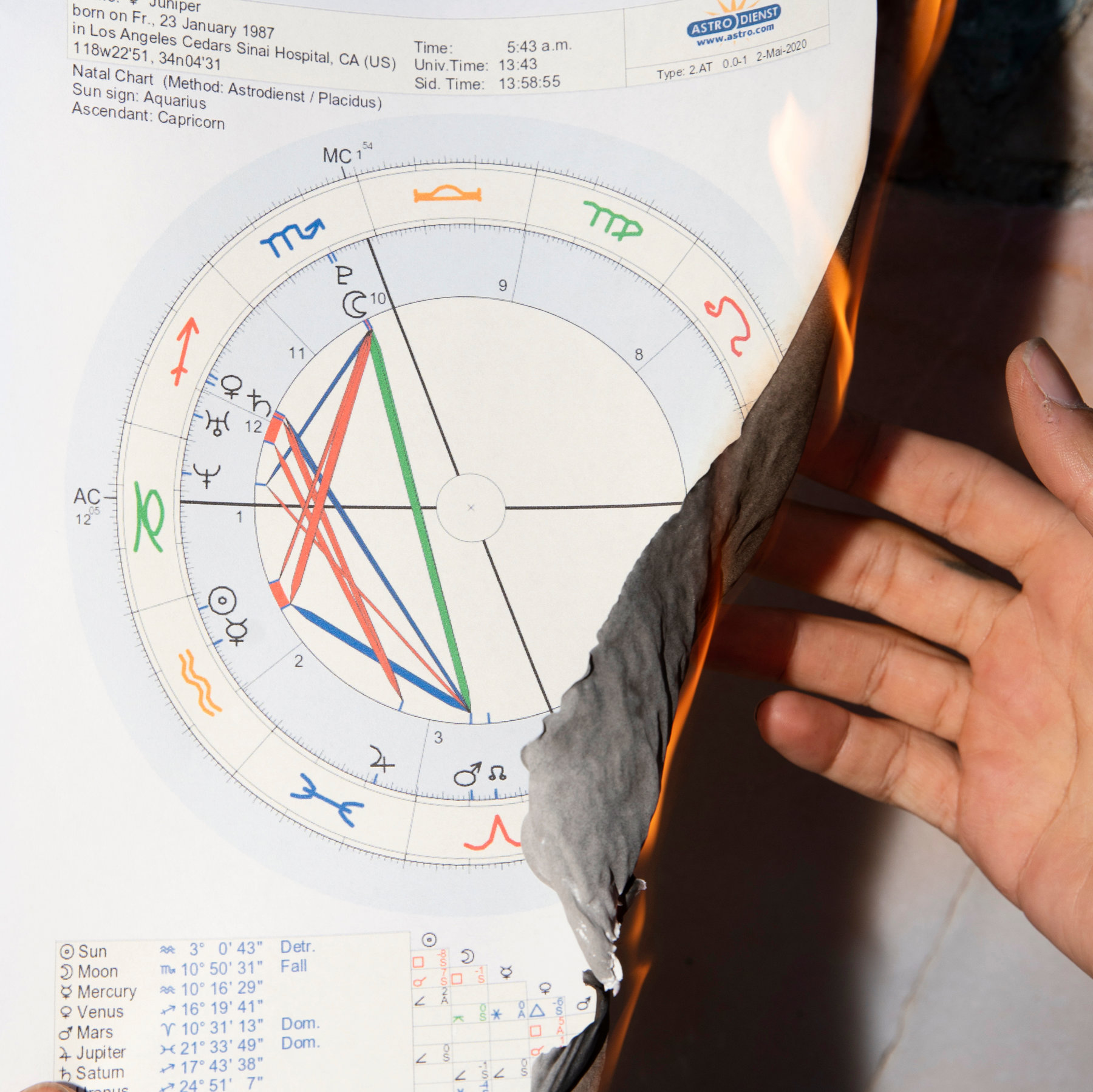 Each candidate’s birth chart provides information pertaining to their not-conscious thought-cell activity and it holds the key to the election outcome.

Donald Trump isn’t a politician. His not-conscious power thought-cells are embedded with the feel-good feelings he felt when he succeeded in business and gained celebrity. His only political victory was in 2016 so his not-conscious power thought-cells are short on the pleasure feelings associated with political success and the knowledge gained by political experience.

Joe Biden is a long time politician and his not-conscious power thought-cells have played the political game for 50 years. They’re embedded with the memory of the feel good feelings he experienced each time he succeeded in winning plus the knowledge he acquired through experience. This pleasure memory trace and the political knowledge he’s acquired through experience give him a distinct edge over his inexperienced opponent.

On November 3, 2020 both Tramp and Biden have fortunate and unfortunate aspects influencing their house 10 thought-cells but we consider that progressed Sun sesquisquare and progressed Uranus trine birth chart Neptune and progressed Midheaven parallel progressed Jupiter in Biden’s chart give him a winning edge. 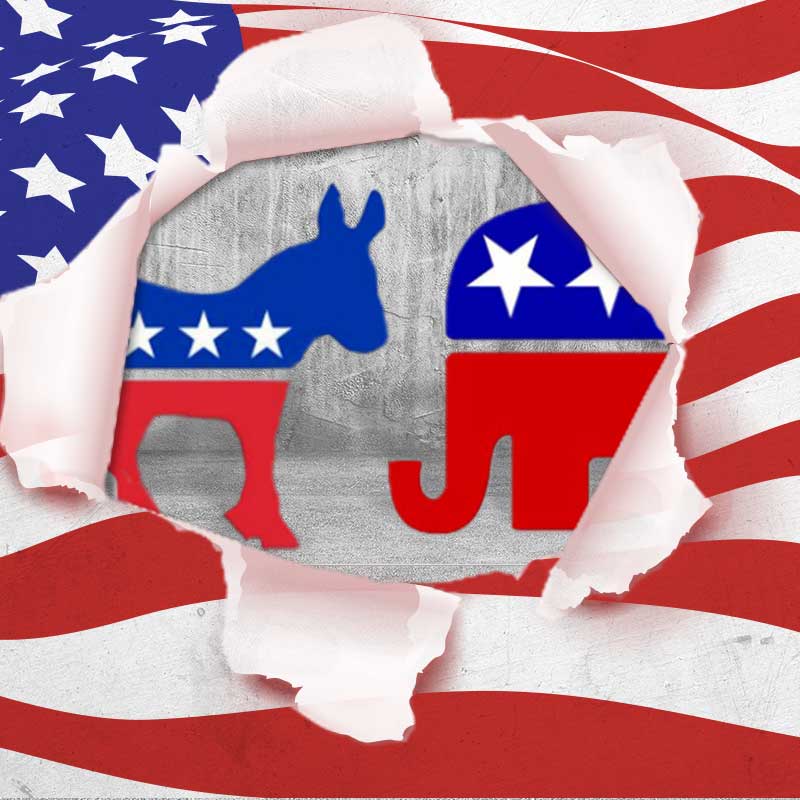 On election day Uranus is very active in Donald Trump’s chart so his eccentric not-conscious individualistic thought-cells are set to attract an unexpected event that will impact him badly and he’ll respond in an extreme outrageous way.

We consider the US election in 2016 to be an aberration. Voters had a choice between two unconventional candidates – Hilary Clinton (a woman) and Donald Trump (a television performer-businessman) – and finding itself in a weird place 63 million voters opted for radical change.

In 2017 we commented that the unpredictable occupant of the White House would have a disruptive, divisive influence on the American people and their health, welfare and disposition.

We wrote: ‘In a radical moment Uranus discarded the tried and trusted, but if the replacement model proves unsatisfactory the restless malcontent – Uranus – can cause the tide of public opinion to swing back in favor of what was considered banal, stale and unsatisfactory.’

We forecast a Biden-Harris victory

And based on that observation back in 2017 we’re forecasting a Biden-Harris victory on November 3, 2020 (or whenever the election result is known).

We think that in 2020 the country, after a rather disastrous political experiment, will swing back to the safe middle ground and elect a male candidate who has plenty of political experience and dispose of the radical model who didn’t have any at all.

We are aware that the election is being held at time when the country is raging with discontent and trigger-happy policing and vigilante violence could easily ignite a violent and extreme reaction to the result. Marriage even when marriage is denied vedic astrology.

Who Will Be President In 2020 Astrology

We’re also a little perplexed by the obsessive desire to know who might win the election. Everything will be revealed come election day – one candidate will win and one will lose – so maybe the irrational speculation is just a big ado to get disinterested voters off the couch if their team looks like losing.