Vedic astrology askganesha. (a) Some Jaimini astrologers use eight Karakas. But here we shall stick to seven only as a majority of astrologer-scholars are in favour of seven Karakas only. (b) If out of the seven Karakas, two have similar degrees and minutes decide the order on the basis of seconds. In Jaimini’s degree-based karaka system, each planet (Sun through Saturn) represents the people in your life. By examining your Darakaraka you learn a great deal about the characteristics of the person you marry.

As per Jaimini astrology, each Karaka plays an important role in the analysis of horoscope. Each planet is the indicator of different events of life. Functions of the Karaka planets are similar to the functions of the houses in the birth-chart. 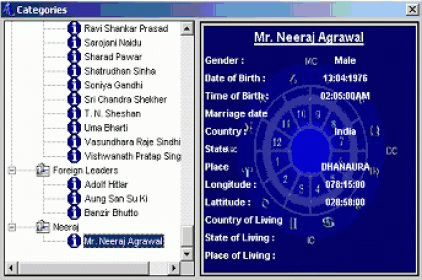 Matrukaraka
Among all the planets, planet which has less degrees than Bhratakaraka will be the Matrukaraka. It is the lord of mother and its natural planet is Moon.

Putrakaraka
Putrakaraka planet shares less degrees than Matrukaraka and it is the lord of children. Natural planet of Putrakaraka is Jupiter.