Vedic astrology or Jyotish is the 'Science of Light', an ancient astrological discipline that originated 3,000 years ago during the Vedic civilization. The 'Rishis',the 'seers' or high priests of the Vedas, cognized through transcendental visions, the connection between the celestial bodiesof our solar system and the human body.
The motion of the planets and their positions inrelation to each other, acts upon us throughout our lifetime, just as the lunar phases pushand pull the oceans and the seas.
According to the Vedic science of astrology, the planets and all the stars in ouruniverse represent certain energies, and, in fact,do emit magnetic and electric fields.Vedic astrology held that each planet gives out its own, cosmic color,generating a particular energy and influence that propagates throughout thecosmos. The transmission of these colored rays through space, accompanied by theenergy-giving properties of heat, magnetism and electricity, have an influenceon the life of every living creature.

'We, as microcosm, are just areflection of the outer macrocosm.'

The location of the various planetsduring a person's birth, can be mapped scientifically through an astrological horoscope. According to it, certain planets will be well positioned, some will be unfavorableand some willgive mixed results. Every person's life is therefore, the result of this cosmic design, this planetary arrangement seen in the sky at the time of our birth, which originatesand result by activities and actionsduring our previous lives.
Vedic astrology opines that karma is not eternal and can be changed. There are several ways tobalance or enhance our planetary karma. Itsmethods include meditation (the greatest balancing method), physical postures (yoga), medicine (Ayurveda), wearing of gemstones, color therapy, prayers, rituals, herbs,food, architecture (Sthapatya Veda).

Vedic astrology deals withseven visible planets and two invisible ones: the SUN, MOON, MARS, MERCURY, JUPITER, VENUS, and SATURN, along with the two lunar nodes, RAHU (ascending lunar node) and KETU (descending lunar node). These nodes are the two intersectingpoints of the solar and lunar planes as seen from the earth.
Nine astrological gemstones are associated with theseplanets. Associated with the Sun is theRUBY,with the Moon is thePEARL,with Mars is the REDCORAL, with Mercury theEMERALD,with Jupiter is the YELLOWSAPPHIRE, withVenus is theDIAMOND,with Saturn theBLUESAPPHIRE, withRahu the HESSONITE GARNET,and with Ketu is the CAT'SEYE CHRYSOBERYL. Associated with the nine planets are also the days of theweek, different parts of the human body and different metals.

Someone might thinkthat this correlation between the planets and its correspondent gems has no scientificvalidation and it is perhaps the result of blind superstition and religious belief. However, there is a scientific truth behind Planetary Gemology.
The specificstudies on this matter has shown that the cosmic color spectrums emanated by the differentplanets, are similar to the color spectrums of the correspondent gems.
The cosmic energy ofthe planet is reflected on the human body through the gem and creates an effect byabsorption and reflection of the rays and vibrations. The gem acts as a filter andproduces good or evil effect, depending on the need of the body.
Like the crystals used in radio technology are the fundamental constituents oftransmitting, receiving and transforming invisible energy into sound, thus thecrystalline structure of gemstones attract and condense the cosmic, planetaryenergies that rain from sky to earth and transform them for use by the humanphysiology.
By keeping the proper gemstones in touch with the body, profound and significant changes can take place overtime.
To conclude, now more than any other period inhistory, where the knowledge and technology of natural gemstones has reached a peak, adivine, cognitive science is again made available to anyone to fulfill mankind’s dream oflifefree from problems and negativity.
Natural, very effective and magnificent gemstones thatdemand no will power or effort whatsoever, are available now to transform our livesradically.

If we talk in terms of Vedic Astrology, there are 9 planets in our solar system out of which 7 are actual planets and the other two are shadow planets. All these planets play a very important role in shaping our lives and also govern our traits and personality. The 7 planets are:

The two shadow planets are:

These nine planets have both positive and negative effects on our lives depending upon their position in our birth chart. However, all these planets have their assigned Gemstones that eliminate negatives energies and impact the human lives in a very positive manner

People wear Gemstones for a variety of reasons. Some use it as a lucky charm while others use it to remove the negative impact from their planets. So in this context lets talk about Relation Between Gemstones and Planets in Vedic Astrology.

Sun is the Lord of our solar system as all the planets revolve around it. The planet sun in Vedic astrology denotes power, position, and authority. It governs our ego and our sense of self and willpower.

Ruby is a very beautiful stone that represents the planet Sun. When the Sun affiliates with relating planets such as Saturn, Rahu, Ketu it is better to use Ruby as it enhances the power and keeps the negativity away.

It is also considered as a stone of beauty, brightness, respect, honor, power, position and authority. However, you need to be very careful while choosing a Gemstone as it might work against you.

Moon is a satellite planet that revolves around the Earth. It is the lord of Emotions as it is the most important planet that defines a person’s Horoscope. It rules over the feelings and senses of an individual. The Moon also relates to mother figures and our higher intuition.

Pearl is an adorable Gemstone used in all spheres of life. Usually, a mother gives Pearl to their children as a lucky charm. It helps to control anger and deviates our mind from irrelevant imagination.

The Pearl is used when the Moon is conjoined by the planets such as Saturn Rahu, Ketu and can be very helpful during the major period and sub-period of Moon.

Mars is a planet of aggression and represents red-colored things like Blood, Heat, Sword, etc. It also represents the fights due to land disputes, war, guns, battlefield, etc. Moreover, an affected Mars can give problems like injuries, pain in eyes, brain disorders, itching, blood clotting and much more.

The suitable Gemstone for Mars is Red Coral. It is also known as Praval or Munga. It is best used when planet Mars is cojoined by other planets such as Saturn, Rahu, Ketu, and Sun.

Red Coral increases vitality, motivation, strength, courage, athletic ability, power, and victory. It also increases courage and force. The red Coral is used during the time of Mahadasha and Antardasha of Mars.

Mercury is a planet of energy and is mainly concerned with your mind. When it is a favorable condition, the person will have higher levels of intelligence, energetic, cleaver and much quicker in finishing tasks.

The best-suited Gemstone for Mercury is Emerald. It is mostly used by high-class businessmen and intellectuals. Emerald brings mental power, mind energy, intelligence, and knowledge.

Emerald is also called Panna and is significator of trade and can help you in marketing and sales. It is best used when it is conjoined by other planets such as Saturn, Mars, Rahu, Ketu. Moreover, it also helps in improving your communication and writing skills.

Saturn (Shani) is the farthest planet in our Solar System and is the elder brother of Yama (the God of Death) black and blue being its colors. It has the power to bring an end to life or even can give a long life if placed accurately in the horoscope. Saturn is responsible for lateness and we can also call it a slow planet.

Blue Sapphire is the Best Gemstone for Saturn. It strengthens Saturn and increases focus, discipline, routine, workflow, commitment, etc. However, it has the power to harm the person if it does not suit them.

The Blue Sapphire is also known as Neelam and is one of the most popular Gemstones. Moreover, it brings good luck, name, fame, victory, etc. People use it when the planet Saturn cojoins other planets such as Rahu, Ketu, Mars, etc.

Jupiter is the largest planet in our Solar System and is also known as Vrahaspati/Guru. It is a significator of calmness, honesty, justice, good fortune, teachers, cow, physical health, yellow color, etc. However, an affected Jupiter can bring about health complications related to the ears, diabetes, kidney, liver or even affect native’s memory.

The suitable Gemstone for Jupiter is Yellow Sapphire. Moreover, is a very powerful and effective Gemstone that brings loads of benefits to the planet Jupiter. It also deals with wisdom, children and marriage in female Horoscope.

It is very important to make the planet Jupiter powerful by wearing Pukhraj stone in the index finger. However, negative Mahadasha and Antardasha of Jupiter can good fortunes by wearing Yellow Sapphire. 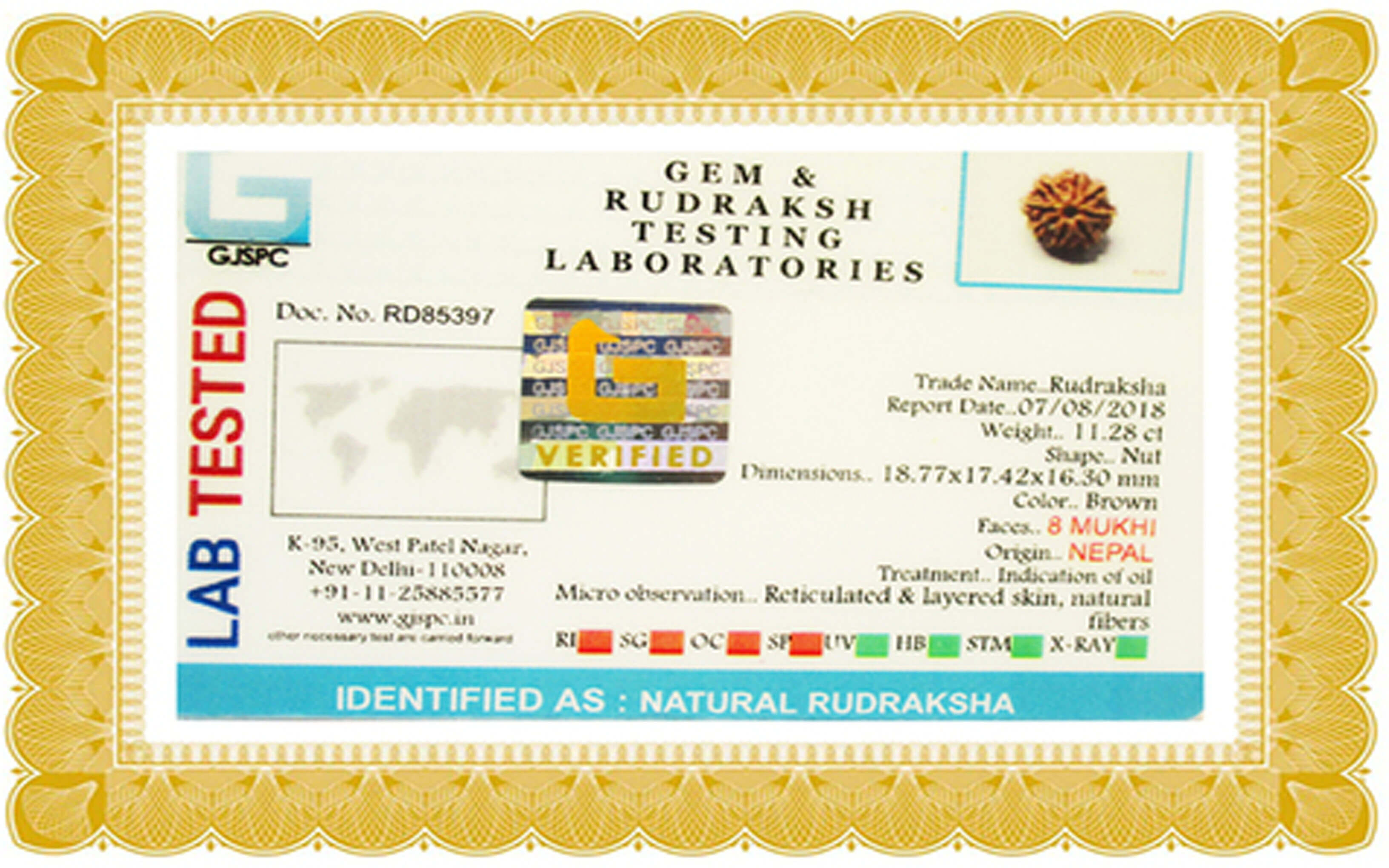 Venus is the planet of bright glamorous things, eyesight, beauty, love, party, romance, music, and dance. All these things are mostly found in women so you can also call it a feminine planet. However, if Venus is weak, you may suffer from the lack of physical appeal, civil behavior and a tendency for failure in love or married life.

The suitable Gemstone for Venus is Diamond. Diamond is one of the most expensive Gemstones in the world. Moreover, it is the most powerful and effective Gemstone used in the field of Vedic Astrology.

Diamond is beneficial for the people who are in creative fields such as movies, directions, jewels and gems. It also helps in improving your personality and increases opportunities for job, career, success, etc. It is used during the major period of Venus and the sub-period of Venus.

Rahu is a shadow planet and comes into existence during eclipses. It represents all the virtual things as it has no physical shape. Moreover, it represents shadowy matters like ghosts, violent pressures, black magic, laziness, delays, and hurdles. It is also called as the North Node.

Hessonite Garnet (gomed) is the best Gemstone for Rahu. It promotes fame, wealth and some use it for protection as well. However, it only suits you when the planet Rahu is placed in the 3rd, 6th and 11th house of your natal chart.

It also helps in decision making and releases your mind from confusion and irrelevant thoughts. Moreover, it has the power to get you rid of all the darks effects of Rahu.

Cat’s Eye is the best Gemstone for Ketu. It is also known a Lehsuni and Vaidurya. It promotes spiritual development, knowledge, and connection to the divine. However, it can prove very harmful if ill-placed.

It boosts confidence and brings courage in a person. Moreover, it also helps you to restore your memory and knowledge.