Posts about X22Report written by Brian Robert Hyland. Upcoming Events. US Corporations’ September 30th fiscal payment deadline Sep 30, 2021 USA Each year around that time, as the payment deadline approaches, we see all sorts of maneuvers.

Brexit, Brexit, Brexit: This is all we hear about in the U.K. these days. While the social and societal institutions that once made this country a good place to live fall to ruin through neglect and underfunding all around us, nobody wants to talk about anything other than Brexit.

It seems odd to say, but while predicting the future is difficult, predicting the past is not always easy either. As astrologers, we are concerned with understanding patterns, and allowing not so much the fabric but the weave of the fabric we are contemplating to tell its story; this can be tricky to understand, even when events are long past. And when we consider broad entities, such as nations, this is exacerbated by the necessity to look at so-called mundane astrology, which has somewhat different significations than the personal stars we are familiar with.

Nonetheless, the astrology of Brexit has followed a pattern so concise and self-evident that even non-astrologers might grasp it completely.

Although rumblings about the nature of Britain’s relationship with the wider Continent have been audible since the final days of the Second World War, there was no serious desire to examine these bonds outside the very right wing fringes of the British Conservative Party Conservative Party — that is, until, pandering to pressure from that very faction, Conservative Prime Minister David Cameron announced his intention to hold an in-or-out referendum. This address, which came to be known as the Bloomberg Speech, took place in central London on January 23, 2013 at 9:00 a.m.

This places Neptune within a one-minute conjunction with the Ascendant. In the mundane chart, Neptune’s influence is over the mass of people. C. C. Zain describes it thus: “The most pronounced influence of Neptune is to exaggerate the hopes and expectations.” (1) Here, Neptune is powerful in his sign (Pisces) and precisely rising. Zain goes on to say, “He is thus the most active factor in promotion schemes, in vast undertakings … and in utopian enterprises … On his adverse side, he is the particular patron of frauds, swindles, confidence men, and all the more subtle methods by which, without violence, people are taken advantage of.” As the progress of Britain’s withdrawal from the European Union continues, the myriad benefits pledged by the advocates of the Leave campaign seem to have slowly evaporated in high Neptunian fashion! The early promise of a cash bonanza for public services has, chimera-like, changed into a worrying deficit, shortages of foodstuffs and medicines, the necessity of selling off public services to American corporations, and the gradual devaluation of Britain’s currency.

The institutions of law and legislature have become embroiled in the argument and counterargument such that the foundations of Britain’s centuries-old parliamentary authority are, perhaps fatally, undermined.

These effects may be presaged by Neptune’s square to Jupiter, significator of law and legislature, weakened by its detriment in Gemini and placed in the 3rd house. Also ominous of future woes and calamity is the exact conjunction of Neptune with asteroid Melpomene, muse of tragedy. Without any doubt, the combination of these deceiving, quixotic visions of a better future outside of Europe have unleashed a legacy of woe upon the very fabric of Britain, no matter the eventual outcome.

At a more esoteric level, the muses are the daughters of memory. This is quite literally true as they are the offspring of Mnemosyne (goddess of remembrance) and her consort, Zeus. Wherever any of the muses is configured in the astrology there is a strong connection to memories, which are an individual retrospection. The recollections of a personal past determine the expectations of how the future might unfold, and approaches to that future are selected or rejected accordingly. Beauty is in the eye of the beholder precisely because the formative experiences of an individual that constitute their expectations are the remembered preferences and aversions of a subjective past.

The muses model idealism based on accepted past norms. We understand what is beautiful in art because we have seen good art and bad, and while there will always be outliers, a consensus is formed, which is itself part of one’s expectations of all that is right and good. The muses represent then, an attempt to personify the process of understanding what perfection looks like. As a result, one can perhaps appreciate the potential of their power in a mundane chart. For a great many people, especially those who are older, whose past travels further back and has thereby been more radically supplanted by change, the difference between what the perfect society is and the society they find themselves in is fundamentally more jarring.

These are the people who have been most hopelessly seduced by Melpomene’s hinted vision of Brexit. It is a vision of Britain once described by former Prime Minister John Major as: “the country of long shadows on county grounds, warm beer, invincible green suburbs, dog lovers and pools fillers.” (2) The older generation voted overwhelmingly to reclaim this halcyon past, seemingly unconcerned with whether or not it was possible to recapture it.

George Orwell was another who attempted to frame this English utopia which seems to have become a part of the fabric of the Brexit dream. He once described an English civilisation and concluded that it was “somehow bound up with solid breakfasts and gloomy Sundays, smoky towns and winding roads, green fields and red pillar-boxes.” (3)

The Brexit chart is fascinating, then, because of its appealing allusion to a better and more comforting past. But let us now examine the broad strokes of the Brexit Bill, the actual piece of legislation that made the referendum possible in the first place. As stated, its name was spoken aloud on January 23rd for the first time. A private members bill was given its first reading on June 19th, the second reading on July 5th, and on November 30th, Parliament approved the bill, promising to hold a referendum on Britain’s membership of the EU by 2017. (4)

Let us now compare the passage of the EU Referendum Bill with transits of Pluto to Britain’s Sun. 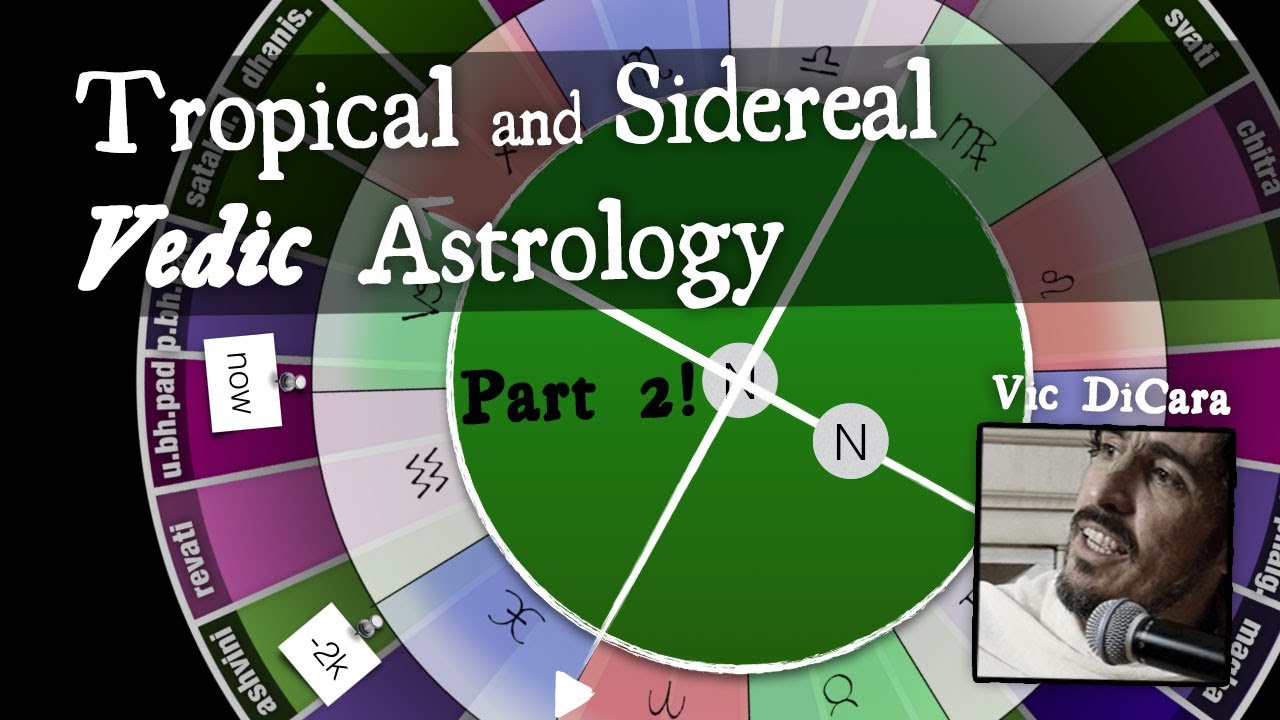 The symmetry, despite its disenchanting consequence, is beautiful. There is a 72-hour variance between Brexit’s proposal and acceptance into law with Pluto’s transit to the U.K. Sun, which, let us not forget, is an event that has not happened within the scope of the U.K.’s most current astrology. (5) In the previous chart for Great Britain, that of the Norman Conquest (Christmas Day 1066), the last transit of Pluto conjunct the British Sun occurred through 1767, as the British colonies in America were agitating for independence. (6) At that time the most significant events relating to British sovereignty centred upon the Townshend Acts, which attempted to impose taxes on various trade goods moving in and out of Boston in the American colonies. (7) Of those goods, perhaps the most prominent was, rather prophetically, tea. American patriots responded to the legislation by arguing that they should not be taxed while they held no sway in the Parliament to which they were subject (“no taxation without representation”). It was this series of legislations which really hardened attitudes against British rule and gave rise to the American War of Independence. After this disastrous American experiment, Britain never again dared to impose direct taxation of any of her colonies, and it really marked the beginning of the end for the British Empire.

Two-and-a-half centuries before, during the Pluto-to-Sun transit of 1520–21, the same question was asked of Henry VIII. Who holds the power: King or Pope? The first pretensions to absolute authority must have stirred early on in young King Henry’s breast, married as he was to his brother’s widow but with a famously roving eye. Within a decade, the battle was joined, and after the Protestant Reformation, the Church of Rome never again held so much authority. Under Pluto, the test of sovereignty is absolute and chooses right every time.

If we take a long view of the prevailing dynamics of British rule at each of these transits, it is therefore possible to glean some of the key foundations of the mundane Pluto-to-Sun transit. The principal question of this transit is, “Who really holds the power?” Since the Sun is representative of leaders — traditionally of Kings and Queens, but latterly of elected Heads of State and sovereign bodies — this transit will always conduct a fierce examination of the underlying principles of power. Pluto has this effect, wherever he narrows his focus, of testing for existential validity. To fail the test leads to annihilation, and the old, indestructible crucible of Hades is once again readied for the formulation of new and stronger alloys.

(3) George Orwell, The Lion and the Unicorn: Socialism and the English Genius, Searchlight Books, Secker & Warburg, 1941.

(5) There are four major charts for the U.K., beginning with the coronation of Edgar the Peaceful in 973 C.E. The most referenced chart is for the foundation of the United Kingdom – the legal union of great Britain and Ireland: January 1, 1801; 00:00 LMT; London, England. Please see Baigent, Campion & Harvey, Mundane Astrology, Hammersmith, London: Aquarian Press, 1984, p. 433. 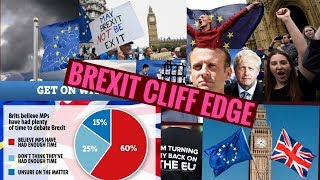 Bio: Jeremy Neal is an astrologer living in Durham, England. He is the author of Orcus (reviewed in TMA 10/13), available via Amazon in paperback or Kindle. See his blog: Jeremy Neal’s Chirotic Journal

Commenters: set up your photo on gravatar.com