The first house in astrology is the most important part of your natal chart because it determines which houses all the rest of the signs and planets will be located in. An ascendant is its starting point, which concerns your appearance, health, and vitality. Physical appearance and House Depending on the planet/s present in the first house, the individual’s physical appearance is impacted. For example, the presence of Venus in the first house gives the individual a very attractive, beautiful and charming personality.

The Sun’s position in a horoscope should be studied for information about the person’s extemal appearance and behavioral traits, for all things related to the father, for the person’s power, health and leadership ability, and for their depth of knowledge of the self within. The Sun represents people in government service, person working within a church or temple, people connected with gold trading, those in health-related industries, and those who are famous or popular. The Sun is the king of planets and supplies light (vision) and heat to all. Thus the Sun’s position is considered to see how powerful or inﬂuential a person is, or how noble, or how self-realized a person may be. Of course you should also check the situation of the houses connected to these affairs, for example: look to the ninth house and the Sun for a person’s spiritual realization, and look to the tenth house and the Sun for a person’s professional status. 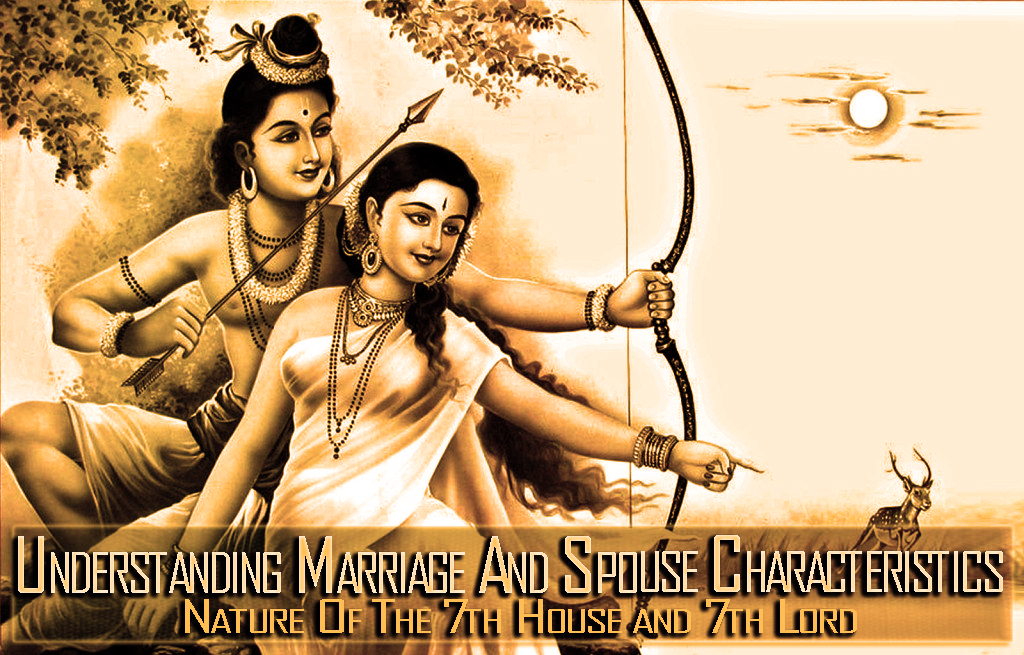 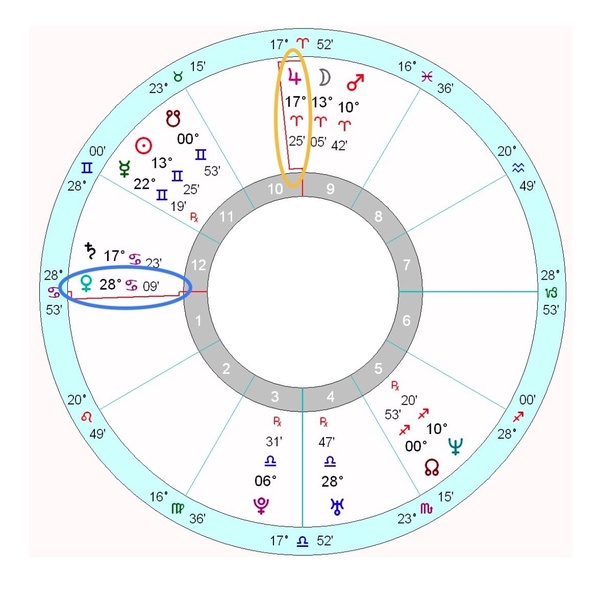 The Moon represents the subtle mind, and thus a person’s thinking, feeling and willing processes will correspond to the position of the Moon in the horoscope. The Moon is a soft, feminine planet representing interactions with the public, business affairs, and all karma having to do with the mother. It represents watery places, public businesses, sensitivity towards other’s feelings, women, milk and other liquids. Emotions, motherhood and health in the period of youth are also to be interpreted from the Moon position. It is most important to study the position of the Moon in the chart. More discussion on this topic may be found in the chapters on how to interpret your horoscope. 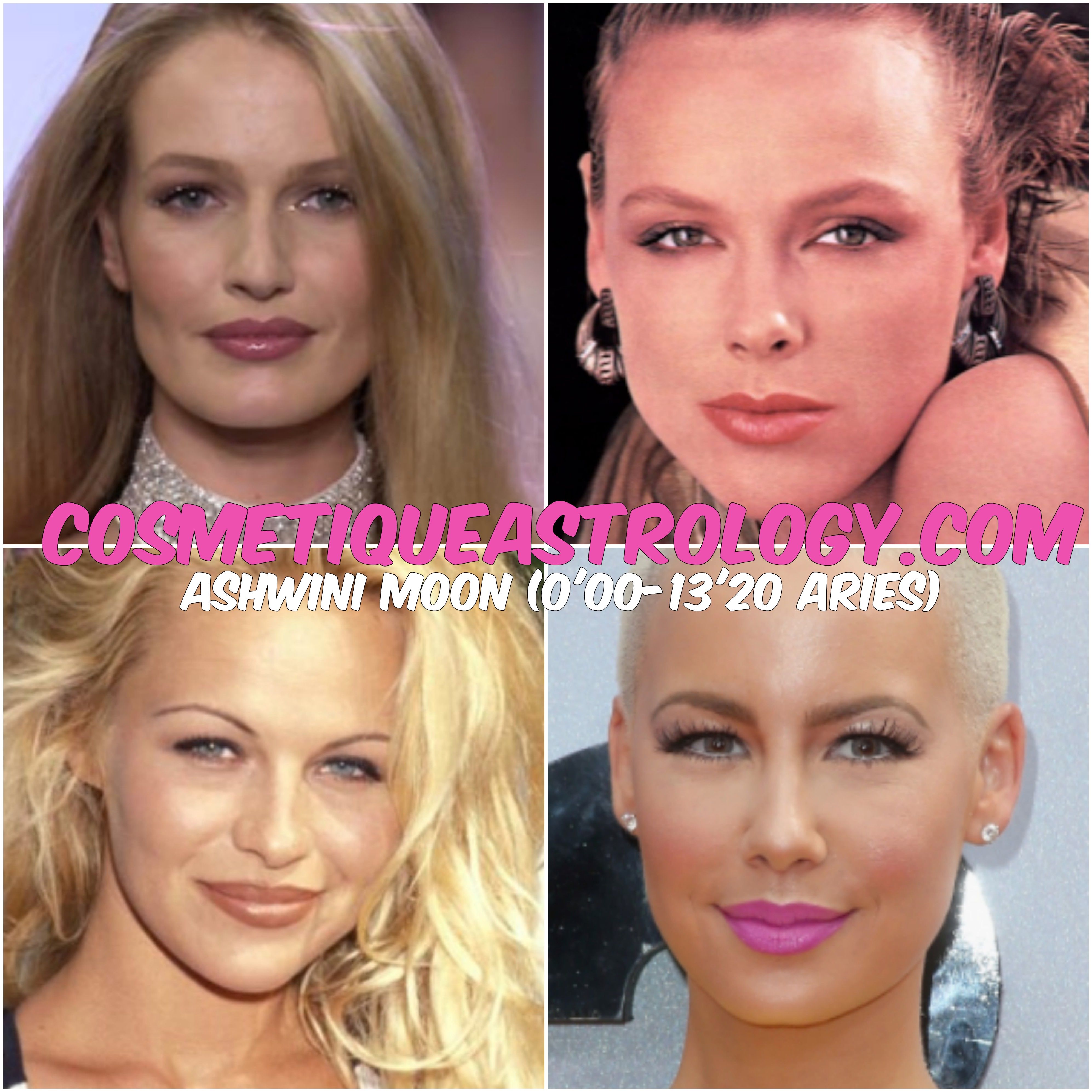 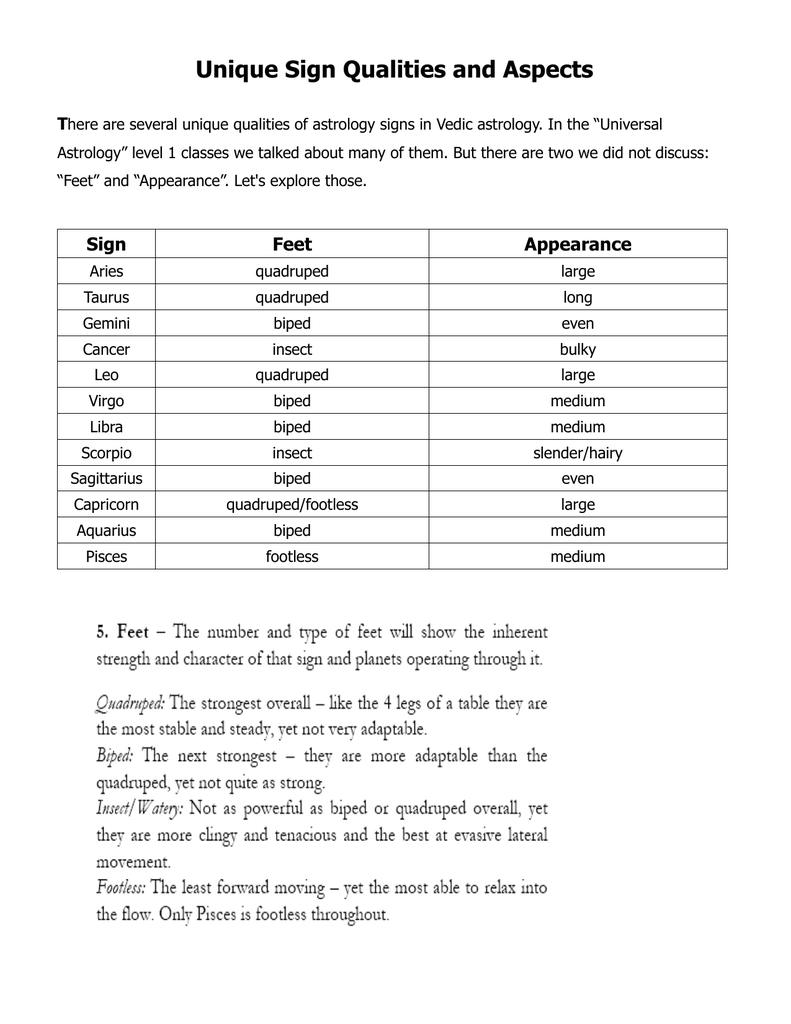 Mars is a masculine planet, ﬁery in nature, which signiﬁes the energy of the living being and how it is used. Mars is the karaka or indicator of energy, competitive spirit, athletics and electricity or ﬁre. Thus machinery, electronics, restauranteurs or cooks, soldiers, etc. all come under the category of Mars. It also represents the real estate and construction businesses, and all matters pertaining to property, determination and courage, military affairs, strength, attachments and sexual strength or passion. Affairs relating to brothers should be determined by a study of Mars (and the third house) in a horoscope. When Mars is powerful, the person is energetic, constructive and helpful to good causes. If Mars is afﬂicted, they will be erratic and waste energy on worthless things. Mars is a naturally maleﬁc planet and can indicate violence and destruction when badly placed in a chart.

Astrology (Astro – light, ology – study) refers to study of light (energy) coming from planets and their influence on human beings and the affairs taking place on the earth. Psychology (Psyche – mind, ology – study) refers to study of human mind. Mind astrology house. An Astrologer is also a mind reader. According to Vedic astrology, the planet Moon is connected to mind and psychology. By observing the transit Moon position, an astrologer can easily tell you what is there in your mind and what is your question before you even open your mouth. Understanding mind through Vedic astrology Mind is said to be one of the most powerful things that if controlled, can give you immense vigour and go-getting attitude. It is the mind or “mastishk” that you should conquer to have a strong personality. Astrology can unfold all the hidden traits in a person through the study of horoscope and can predict how a person is likely to be groomed himself, ones ways and means of earning livelihood, profession, relationship with spouse, children, parents, siblings, friends, partners and so on and most importantly one’s overall liking and disliking.

Mercury represents the intelligence, and thus education, literary affairs, communication of ideas, advertising, lecturing, etc. all come under the category of Mercury. Mercury is young, sexless, and fast- moving by nature. People who are playful, enthusiastic and talkative have an inﬂuential Mercury in their horoscope. Mercury signiﬁes, to a certain extent, the Vaisnavas or devotees of Krishna. Astrologers, ofﬁce-workers, accountants, sculptors or people who use their hands in their profession will also be found to have a prominent Mercury in their charts. Knowledge of languages, memory, learning of the scriptures, business acumen and the ability to speak convincingly all come under the jurisdiction of Mercury. Friendships, leaming, proﬁciency in art and the ability to do things quickly or to do several things simultaneously come under Mercury’s folder.

Jupiter is the most beneﬁc planet by nature. It is pious, rewarding and expansive. Religious devotion is represented by Jupiter, though not exclusively. Since the Vedic philosophy of karma holds that by pious actions one gets rewards, you will find a strong Jupiter in the charts of people that are wealthy or inﬂuential. Jupiter rules, specificially, ﬁnancial affairs, children, religious actions and teaching ability. When Jupiter is strong in a chart, the person will generally be satisﬁed and happy, will live in a pious environment and will worship God and His devotees. Jupiter’s Sanskrit name is guru. indicating one whose opinion is valued and who is a teacher. Jupiter also rules the liver, the water in the body, pilgrimage places, teaching of children, the treasury department, and knowledge of Vedanta.

Venus is also a brahmana or teacher by nature, and is quite beneﬁc. Venus represents sexual affairs, obtainment of a good wife, the comforts of having a nice home, furniture and vehicles, luxurious paraphemalia, etc. Venus rules artists and entertainers and persons who make a living by dealing in the sensual things of the world. Venus is described in Sanskrit prayers as one who has knowledge of botlt material and spiritual things. One with a good Venus in their chart is charismatic, loving in nature, able to make others happy. Venus rules over peacemakers, ﬂowers and other beautiful things of nature, dancers and those playing musical instruments, omaments and jewels, vehicles and tropical places, sweet and fattening foods, cows, nice clothes and cosmetics. Overindulgence and afﬂiction to the excretory system manifest in charts where this planet is powerful. A Venusian person moves gracefully and may be talented in sports.

Saturn is a powerful planet and is maleﬁc in nature. It rules over death and the aging of the body, the practice of yoga or detachment from the material world, foreign places or people from faraway lands, black marketeers or thieves, and it speciﬁcally has much to do with one’s work or employment. Saturn rules laborers, and its position in the chart indicates the line of work a person does, or the type of struggle one has to go through to succeed. Sudras, or unclean manual laborers, are represented by this planet. Black-colored items like gasoline and iron, agricultural products, old things, lumber, laziness, deadly substances, hunters, all come under Satum‘s portfolio. Saturn can represent good things like compassion for the needy, social services, good longevity, meditative realizations, humble service and power over the masses.

Rahu is a malefic planet by nature, causing frustration, irregular or irreligious habits, use of intoxicants, troubles from ghosts or evil spirits, uncleanliness, infectious disease or just a lifestyle filled with chaos. Its general function is to intensify the effects of the house in which it is situated; for example, Rahu in the second house causes intense ﬁnancial struggle and Rahu in the seventh may cause serious trouble with the mate. Rahu can give a kingdom and the ability to use the media to sway many people, when it is powerfully situated. Rahu represents snakes, Buddhists, fear, suffering from previous sins, shady characters. Rahu will act like the lord of the sign it is in. According to the Vedas, Rahu is a demoniac planet who on occasion attacks the Sun and Moon, causing solar and lunar eclipses.

Ketu, like Rahu, is a shadowy planet that acts like the lord of the sign it is in. Most texts say that Rahu acts like Satum and Ketu acts like Mars. Ketu is a restrictive planet, causing obstructions to one‘s endeavors or poverty-stricken conditions of life. Ketu is a maleﬁc by nature and afﬂicts the house that it is in, unless it is exalted or conjoined with a benefic planet. Poison, suffering and the desire for liberation come under Ketu’s categories.