Sunilee Jainpawar, Eve Menzoda, Joni Patry, Michael Reed, Ryan Kurczak, E.K. Dhilip Kumar, Dr. Arjun Pai, Vic Dicara and your favorite Asura. My website: htt. A Vedic Astrology Reading is a deep dive into your life’s Prarabdha karma – the results of your thoughts, feelings and actions from current and past lifetimes. Your Vedic birth chart is a map detailing your special gifts and abilities, as well as your life’s biggest challenges.

SATURN does his rounds of the twelve Rashi’s of the Zodiac once in about 30 years. In the process, he is supposed to stay for about 2 ½ years, in each sign of the Zodiac, before moving into the next. Saturn was in Libra for nearly 2 years and ten months from 2nd November 2011 to 21st October 2014 except for a short foray into Scorpio between 3rd February and 1st April 2014. Saturn leaves Libra, and also its exaltation status, finally to move into Scorpio on 21st October 2014.

Scorpio is an inimical sign to Saturn as it is ruled by Mars. So this transit cannot generally be expected to give good results. Saturn is expected to give good results only when he transits the 3rd, 6th, and 11th places from one’s natal Moon-sign or Janma Rasi. In other words, it would tantamount to mean that in one transit cycle of 30 years, nothing good can be expected for 22 ½ years. This is a mistaken impression and there is no need to dread it as there many redeeming factors. More importantly much will depend upon the strength, and how and to what extent favorably or unfavorably Saturn is inclined and posited in the nativities of individuals.

Saturn is expected to cause troubles and turmoil when he transits the 12th, 1st and 2nd from the Janma Rasi. This period of 7 ½ years, is known as Sade Sati. Everyone will have to experience this period once in 30 years. Of these periods, the middle 2 ½ years when Saturn transits the first or the Janma Rasi is called Janmasani. The other two ominous places for Saturn are the 4th called Ardhashtama Sani and the 8th called Ashtama Sani. The Sade Sati cycle can normally occur thrice, or even four times, though rarely, in one’s lifetime. Those born with the Sade Sati at birth will have it recurring for the second time after 30 years; then for the third time after 60 years; and thereafter after 90 years, provided one is destined to live that long. Most of those, for whom the Sade Sati occurs for the first time many years after birth, may not have to undergo the fourth cycle unless they are destined to live over ninety years. 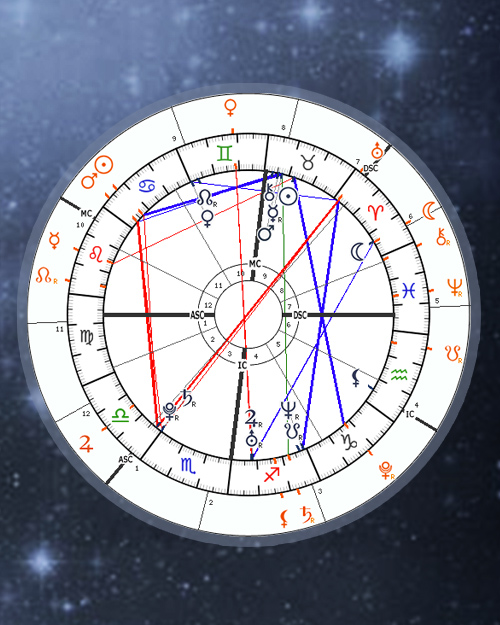 It is generally believed that only the first and the third cycles of the Sade Sati can be troublesome. The second one, as it is called Pongusani is normally expected to bestow some elevation of status. There is a view that Sade Sati Saturn can cause bad results only for the first moveable Rasi reckoned from Cancer in the Apasavya Veethi or anti-clockwise direction and for the first fixed Rasi from Leo in the Savya or clockwise direction. According to this view, only the moveable signs Aries, Cancer and the fixed ones Leo and Scorpio may have to bear the adverse effects of Sade Sati.

In North India, there is a belief that the adverse effects of Sade Sati are effective only for chosen fixed periods for selected Janma Rasis. The scheme is like this: Taurus, Leo, Virgo, Capricorn – the first 2 ½ years; Aries and Cancer – the middle 2 ½ years; Gemini, Libra, and Aquarius – the last 2 ½ years; Scorpio and Pisces – the last 5 years and Sagittarius- the first 5 years.

During the present transit of Saturn in Scorpio, only Libra, Scorpio, and Sagittarius will be coming under the influence of Sade Sati effects. Those born in Virgo Rasi can get fully rid of their Sade Sati effects, of which they were under the spell, so far. As only the last 2 ½ years are crucial for Librans, and the last 5 years for Scorpios, and the first 5 years for Sagittarians, all of them will be in a disadvantageous position. However, it will not cause much harm to Sagittarius natives as it is only an Ubhayarasi or common sign. As the Libra Rasi natives have already undergone the Janmasani period and Sagittarians are yet to get it, the present transit of Saturn, in Scorpio, will not affect them very adversely. Therefore striking a balance, Librans and Sagittarians can heave a sigh of relief that the present transit will not be too harsh on any of them.

For Leos, the impending transit of Saturn will cause Ardhashtamasani or Kantakasani which can bring bad effects like loss of spouse or wealth. For Arians, it will be Ashtamasani, with Saturn in the 8th that can cause, according to Varahamihira, neglect by spouse or children, forced menial duties, and depravation of character.

Conventionally, this transit is good only for Virgos, Gcmini’s and Capricornian’s as Saturn is transiting their 3rd, 6th, and 11th places respectively. Though it is bad for Aquarians, the transit may not affect them much, as Saturn becomes the Rasi lord. The above scenario will change if the Moorthi Nirnaya scheme is taken into account. Saturn, as the Rajatha Moorthi can score fully, and for Tambara Moorthi, Loha Moorthi, and Swarna Moorthi, the score will be 3/4, l/2, and l/4, respectively.

Phaladeepika explains how a planet in transit can affect the Bhava from which it happens to be in the 8th. According to this, Saturn in Scorpio can give the following results to those born under different Ascendants:-.

The conventional quality of the planet with reference to the transit positions can get modified with its scoring according to the Moorthi Nirnaya rules. Accordingly, Taurcans, Leos and Capricornians will be the most benefitted by the transit of Saturn into Scorpio. Cancerians, Sagittarians, and Pisceans come next. Next in order will be Geminis, Libras, and Aquarians who can just survive the ordeals. Arians, Virgos, and Scorpios come last and as the least benefitted by this transit.

However, these observations get modified when we take the combined effects of both the conventional and Moorthi Nirnaya assessments when Capricornians can reap the full benefits of this transit followed by Geminis and Virgos. Taureans, Leos and Aquarians will have only moderate benefits, while Cancerians, Sagittarians, and Pisceans may have to suffer. Librans more so as the worst affected while the maximum thrashing will be for Arians and Scorpios. 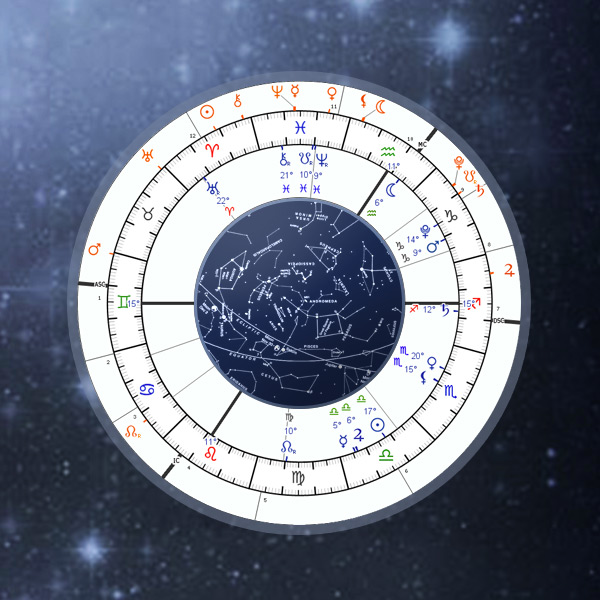 Taraguna can influence the results based on the Nakshatra the planet transits with reference to Janma Nakshatra. Saturn will be transiting the Nakshatra’s in Scorpio as follows:-

Transit of Saturn in Janma (1) and Vadha (7) Nakshatra’s from Janma Nakshatra (natal nakshatra) will be very bad for it. The transits in Vipat (3) and Pratyak (5), though also bad, will cause only lesser harm. Saturn transiting the paramamitra tara (9) can bring very good results. The transit in Sampat (2), sanchana (6), Mitra (8), and Kshema (4) Nakshatra’s give good results. The general results given must be evaluated only after suitably modifying them to suit the above-mentioned grading for the Janma Nakshatra.

Jupiter to the Rescue

Even this assessment cannot be final. Between 21st October 2014 and 8th October 2017, Jupiter transits four signs from Cancer to Libra. Jupiter remains in Cancer till 7th July 2015, then in Leo till 5th August 2016, in Virgo till 5th September 2017 and thereafter in Libra. For our present overall assessment, all the short back and forth transits of Jupiter in each of these signs are being ignored. Rahu and Ketu change signs from Virgo-Pisces to Leo-Aquarius on 27th February 2016 and from Leo-Aquarius to Cancer-Capricorn on 15th September 2017. These movements can tilt the fortunes of each Rasi as assessed for the transit of Saturn one way or the other and can thereby modify or even nullify the results on an overall estimation. 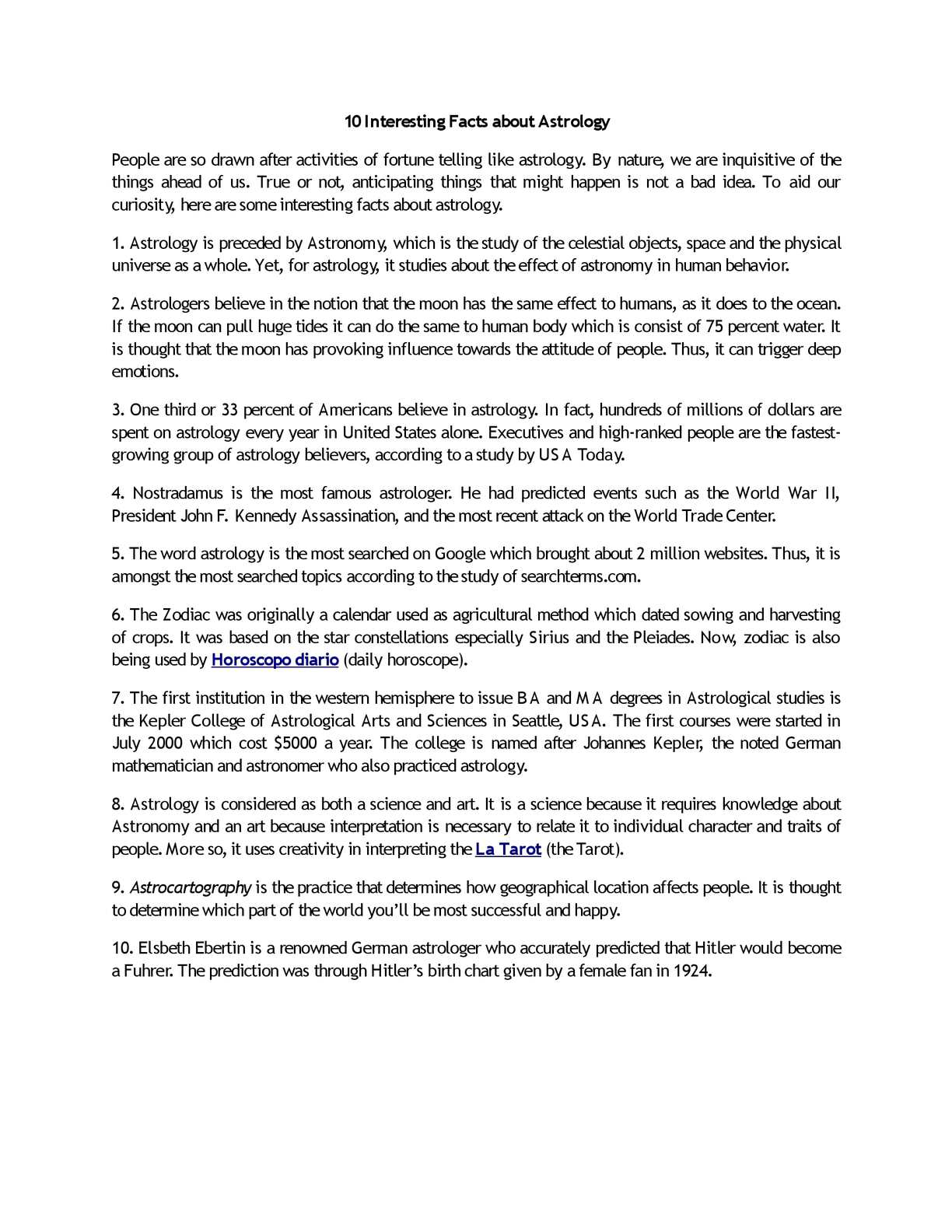