Seed Principle: The things that feed us through the senses and form our values (second house) then become the source of our individual, self-willed actions and interests through the third house. Here our curious, individualized mind competes over ideas and develops strength personal ingenuity and courage.

The body part associated with third house is the neck arms shoulders and hands. This is the area of life where we are flexible and make adjustments. We turn her our head from side to side and look around here. Then based on that we reach out into the world to grasp something for ourselves or to experiment and play with in order to develop our skills. This is the nature of the third house.

Third house people include siblings, coworkers and other individual peers. For instance a fellow manager. A fellow student in the same class. It is with these people we test our ideas, compete with, and determine who is an ally and who may be an enemy.

Activities: Writing, athletics, games, fun and stimulating activities, pursuing our personal desires. The third house has to do with the initial stages of learning, (upadesa) where our curiosity pulls us into something new, novel and exciting. We have many interests, and many people we learn with along the way.

Environment: Places where we have fun in pursuit of things we enjoy for ourselves, regardless of what anyone thinks of it. A workshop, a casino, Boudoir, athletic field, classroom, bar, any place where you are having a raucous, good time

Planetary Indicators: Mercury and Mars or the main planetary indicators of the third house. Mercury has to do with curiosity and communication. Mars has to do with competition and aggression.

Guna / Lesson: Personal Happiness
General Explanation:
As the expression of our personal desires, the first “Kama” house – it shows the things we really enjoy doing, regardless of what anyone thinks of it. There is a certain raucous, animalistic / sibling energy to it. Healthy arguments (or unhealthy arguments) are a part of this area of life. Yet there is a stimulated, challenging, excitable and unpredictable quality to the third house.

Our values (second house) lead us to explore certain interests. There will be things we like to do based on the values we have. But also, as we grow and develop there will be new interests and things to explore. The third house is the first Kama house, the place where we pursue our individual interests above all else.

Here our curious, individualized mind competes over ideas and tries things for itself, including things it knows may be “wrong”. In the third house we want to know for our self. We are developing ingenuity and courage, including the courage to act and think independently and challenge authority. We must act with self will as an individual in order to establish boundaries, grow and flourish, test our beliefs and experiment. Yet the third house is very limited. There is no grace flowing there, no higher wisdom beyond satisfying the desires of the moment. There is only so much we are able to accomplish by our own individual efforts. It takes God’s grace to make all actions complete.

The third house is the most egoistic house in the astrology chart. Essentially, it is the house of ego and where we are establishing a healthy one. Understanding the nature of our separate self has a lot to do with understanding the deeper lessons of the third house.
The ego is the agency through which our separate, corporeal existence here on Earth must operate and function. We need to protect ourselves, both physically and intellectually. We need courage and intelligence to move through the world and to figure things out for ourselves. Yet, if that is an end in itself, rather than a means to an end, there will be immense suffering. 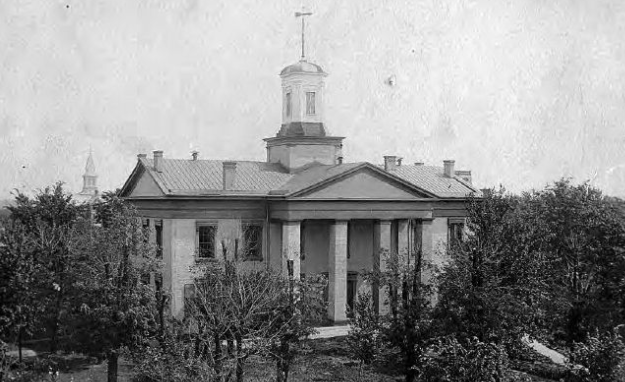 The third house gets us involved with certain types of people, competitors and those whom we test ourselves against. This is why the third house is related to siblings. Our siblings, and other equals are those whom we must battle and compete against. The courage, intelligence and experimentation of the third house allow our values and value system to evolve to a point beyond the entrenched habits of the past and our childhood. It is the courage and self will of the third house and its relentless independence that gives us the confidence to take care of ourselves in the world. But this is also the place of personal selfishness, lust and aggression.

Evolutionary Process:
“From an amoral and stimulated posture, to battling and competing with others in order to fulfill our desires, to the courage to pursue and experience the truth is the Evolutionary process of the third house.

The effects of planets in the third house:
The Sun in the third house brings a personal focus on interests, self-will, sports and competition. There may be conflicts with authority, especially the father or government and a lot of ego in this placement. Self educated and highly skilled, also attached to the fruits of their actions.

Moon in the third house brings a lot of emotional attachment to desires. The emotional mind will be very stimulated and restless. Yet, they will have a lot of changing interests and many friends associated with those stimulated pursuits.

Mars the third house brings courage, strength and vitality to pursue interests with passion. There may be arguing with siblings and other peers and in general. A love of sports and competition is seen and enthusiasm for self growth and surmounting physical challenges. There may be ruthlessness.

Mercury the third house shows a skilled communicator. An interest in languages, writing and communication could be seen. Although high intelligence and skill level is likely, moving from one thing to the next may be a problem. Cooperation among peers comes naturally.

What Are The 12 Houses In Vedic Astrology

Jupiter and the third house show a leader among peers. There will be a rational mind which looks for deeper understanding to the deep questions in life. A restless, searching and philosophical nature will be seen. On may battle over religion and philosophies.

Venus in the third house shows interest in art, creativity, relationships and beauty. Excessive sensual stimulation must be watched however. May feel overwhelmed by competition and unable to stand up and fight for themselves. May be confused about when to hold ground and went to compromise.

Saturn in the third house shows an interest in traditional teachings, conservative and practical methods. Yet, one may resist change and be slow to adapt to new circumstances. One may lack courage, fearing conflict and embarrassment. May have friends who are older.

Rahu in the third house gives potential for high intelligence through experimentation and play. The native will challenge teachers and authority figures. They will mistake information for wisdom and embarrass themselves by arguing without having all the facts.

Ketu in the third house, and one will have established a mastery of skills and information, yet they doubt themselves. Instead, they will seek a teacher, one who takes them beyond the world of personal interests, personal power and details.

What Does 3rd House Represent In Vedic Astrology

With the sahayasthana being in the third house, the house should be assessed in order to understand if the native will be assisted with others or if they are working hard individually. The third house involves short travels. If it is well connected, the third house may make the native undertake short inland journeys such as traveling by bus, cars, tram, land transport, railway, crossing rivers and lakes and engaging in brief air travel. The ninth house is the house influencing long journeys to far off places by air or by sea.

Characteristics of the Third House

This is the house that influences bus, tram, rail, cycle, post offices, letter boxes, radio reports, signals, airmail, television, telecommunication etc. if the third house or its ruler is governed by the second, sixth and tenth houses, the person may start an agency or perform commission business. He is also likely to be a broker, publicity officer, messenger, mediator, representative etc. as the third house is signified by books and publications, the native may also become an editor, reporter, news correspondent, journalist, information officer, reporter etc.

The third house indicates change of residence, restlessness and want of peace, transition, change, movement, library, book store, bargain, signing contracts, signing, signature, carrying stories and more. The various parts of the body that are governed by the third house are shoulder blade, collar bone, nervous system, arms, throat, hands, and the right ear. If the lord of the third house is a natural benefic posited in the second house in a lady’s chart, the native may have jewelry on her ear, hands and neck.

If the ketu or rahu are conjoined with Mars or the lord of the sixth house, or if they are placed in the third house along with Mars, the native may have ailments in their ears. Generally, the malefic of any house affects the parts of the body that are ruled by that particular house. If the malefic occupies the third house, the native may have a mole. With the lord of 10 being in 3, the native is likely to get a job. If he is a doctor, he may specialize in ENT.

Bhratru or Sahodara – brother or sister or sibling

What Is 3rd House In Vedic Astrology