Why is Sun exalted in Aries? Sun is exalted in Aries because of receiving abundant courage and will power in the sign of leaders as being a kingly planet itself. In addition to that, Aries represents the beginning and Sun is the vitality, the combination of which gives the power to take the lead, launch, and initiate projects and all other kinds of beginnings.

The Sun in Vedic Astrology and Horoscopes The Sun (Surya), is the parent of all existing phenomena in the solar system. One of its names is Aditya ('first born'). It is also called Bhutasya Jatah (creator or father of all bhutas, i.e., objects and ingredients from which objects assume form). Vedic Astrology, hence is equipped with more precise and detail-oriented tools and methods of predictions than western astrology, thus more reliable. You may also like Detailed Horoscope Reading. Its a basic Vedic Astrology Reading to understand the effects of 12 houses & 9 planets on different aspects of your life.

This placement is very auspicious as Sun becomes exalted in Aries sign, which is ruled by Mars, according to sidereal Vedic astrology.

It also means that Mars becomes the guiding planet to Sun in this sign, which makes the dignity and strength of Mars very important in amplifying the results from this combination of Sun in Aries.

To add auspiciousness of this combination, Sun in this sign is in 9th from its own sign Leo. As the 9th denotes general luck, fortune, and prosperity, it adds a lot of favorability to this disposition of Sun. Moreover, the 9th denotes higher wisdom, righteousness, philosophy, ethics, morals, etc.

As Sun is dignified and very strong, the best results and outcomes are extracted from the significances of the 9th disposition. 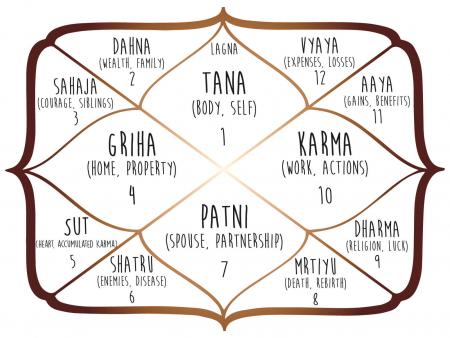 Results of exalted Sun in Aries

They can be arrogant and aggressive from outside but deep within they have a pure and generous soul.

That is because Sun is the significator of the 1st house and natural ruler of the 5th house both of which belong to the triangle of righteousness and therefore signify the purity of the soul.

If Mars, the guide of Sun, is also dignified and strong, it amplifies these traits further creating a very righteous and truthful person.

According to ancient scriptures, people with exalted Sun in Aries are extremely valorous, fierce, strong, resistant, and dutiful.

They are fond of war and adventure. Such natives carry pure souls and perform good deeds. Their splendid nature gives them a high capacity to become king.

To start with, Aries is a cardinal fire sign which is the main significator of great leadership abilities. With Sun being exalted in the considered astrological sign, it surely creates a powerful natural leader.

As mentioned earlier, both Sun and Aries carry fire energy which amplifies their fire element within making them fierce, valorous, and dominating.

Their great leadership capabilities are supported by their purity, righteousness, and kindheartedness. That is because of the 9th disposition, which also signifies luck and fortune besides righteousness.

As a result, their undertakings and character traits become supported by divine energies. That is because righteousness and devotion to truth courageously are supported by almighty God.

The 9th disposition created by Sun in Aries also indicates being extremely faithful to these same divine energies. This empowers them in great ways.

The fondness of war and adventure of Aries Sun people are reflected by the significances and characteristics of Aries zodiac sign.

The given zodiac sign is ruled by fiery Mars, which is known for being very adventurous. In fact, this is the reason why Aries is the 1st zodiac sign.

Namely, individuals with a strong planet in Aries like to deal with everything new or uncertain, which pumps their adrenaline levels.

From deep within their soul, their desire is to discover, explore, and constantly expand horizons.

Here we can clearly see how the adventurous and war-like fierce attitude is formed with this combination.

The purity of the soul is hidden behind the main significance of the Sun. Sun in astrology is the vital power and energetic force of everything, including physical and metaphysical.

Hence, the vibrations, the energy, and the soul, all together are governed by the considered planet Sun.

Moreover, as Sun forms the 9th disposition from its own sign, it makes them very righteous, moral, and ethical. They follow a moral life path and perform their acts in accordance with ethics and higher wisdom.

Accordingly, as Sun is placed well in its exaltation sign, it blesses the native with a pure soul that also promotes the performance of pious deeds and becoming a true splendor, that is, bright light for others to follow.

As Sun is the light source of and for everything, its exaltation provides a shine to the soul which is a guiding light for others to follow.

The combination of the purity of soul and enterprising mentality creates a very competent natural leader who is courageous enough to take risks and follow the unique road. 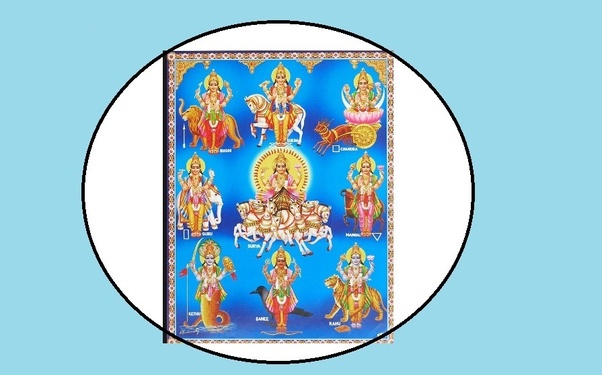 Besides this, their natural charisma is contagious and splendorous which acts as the beacon of light of truth for others to follow.

Now that they have great inner force by this combination, for the effective manifestation of it they also need a strong outer core for ultimate success which an exalted Sun is well able to provide.

To be specific, Aries, which is the 1st zodiac sign of Vedic astrology carries the significance of overall body constitution as well as muscular strength and density/strength of bones.

A strong exalted planet in the considered zodiac sign Aries in a most definite way provides great physical strength which is backed by strong body, muscles, and bones.

This effect can be further strenghened by a strong and dignified Mars, the guide of Sun.

All these traits make people with this combination certainly capable of achieving high status and an authoritative position in society or enterprise.

The kingship from ancient texts today translates to high rank and influential positions in any sphere of life.

With that being said, the authoritative position may not always be in the official form on paper, but surely these natives have the bright charismatic soul that attracts others with righteousness and devotion to ethics.

It is supported by the fact that Sun, which is the natural ruler of Leo, signifies authority, reputation, and recognition which a strong exalted Sun is able to provide to the native.

Sun is the natural ruler of the 5th zodiac sign Leo in sidereal Vedic astrology which signifies warmth of the personality. Exalted Sun bestows a radiant personality and charm which naturally catches the attention of masses.

Such a strong Sun blesses with a great and kind soul that shines from inside to outside. Individuals with this combination also have a bright physical appearance.

They can also be a little bit proud at times. This trait is connected to the natural significator of self-centeredness, which is Sun.

Aries is the first zodiac sign and ruled by Mars which signifies initiation power and courage. Sun in Aries enhances the strength of initiation in people and therefore makes these natives extremely valorous and fearless.

This effect is further strengthened by the fact that Sun is a fire planet that resonates perfectly with the fire zodiac sign Aries. Aa a result, the fire effect is multiplied and amplified with exaltation.

With the help of their inner strength and courage, they are able to achieve their goals efficiently. One of the best kinds of leaders is created when the energies of Sun and Mars get connected

is also a significator of fame and power in Vedic astrology. Aries as the representative of the 1st house is also connected to self, soul, honor, and dignity.

When the energies of Sun get exalted in Aries sign, it naturally increases the fame of the people with the considered combination. They are honored and supported by the members of society because of their brilliant traits.

Not only they have that inner strength and will power to succeed, but they have unshakable faith which grants abundant support from the almighty God.

Sun in Aries also provides a high amount of self-respect to the native. It is because Sun represents ego and self-awareness while Aries is the first zodiac sign representing self-respect.

According to that, there is no way these people will let others degrade them. There are always serious consequences when someone tries to damage their self-respect or reputation.

The heightened sense of self-awareness also heightens their self-centeredness or ego.

However, with an auspicious positioning of Sun in a friendly sign where it is exalted, it indicates a strong ego which is expressed n a positive light.

That is, they take attention to themselves in order to promote something that benefits everyone, not only themselves.

They desire to be in the center of attention because they have a lot to give to others selflessly without secret desires.

Sun is also related to vitality and health. Hence, people with exalted Sun have a great amount of vitality within themselves.

The vitality, which is the inner energy, will power, and motivation also boosts their health, immunity, and supports their strong body.

Good health and a strong body, in turn, support their ambitious activities where they need a lot to be done and where they need to exhaust their great amount of energy persistently.

Sun is the ruler of the natural 5th sign Leo in Vedic astrology which signifies intelligence and creativity. Hence, the exalted Sun in Aries also provides an abundant amount of intelligence to the native.

These natives are also very creative and in combination with their intelligence and pure soul, they are able to establish successful creative projects for the benefit of the whole society.

Exalted Sun also provides an immense amount of fortune to the native. Sun in Aries is in the 9th house from its own sign Leo. The 9th house stands for fruits from past life good merits and pure luck and fortune respectively.

As a result, the exalted Sun is able to bestow an abundant amount of fortune to the native. 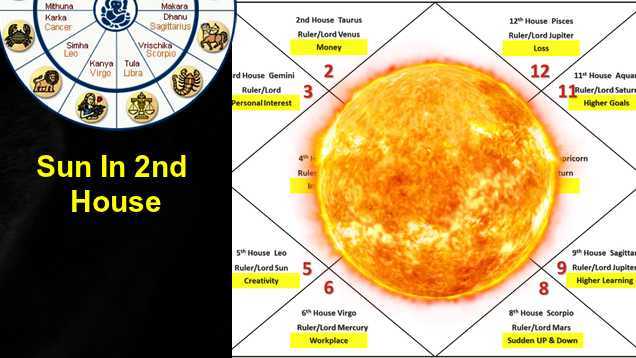 In addition to that, exalted Sun also indicates a lot of pious deeds that were performed throughout past lives which manifest in the form of good fruits in the current life.

Luck and fortune support them in their undertakings, which increases their chances of succeeding in their wishes, be it (the goal) small or big.

With that being said, all the above-mentioned effects in this article are greatly amplified and supported if Mars is auspiciously positioned and strong in the birth chart.

Whereas the contrary situation indicates mitigation of positive results to some extent depending on the overall chart.