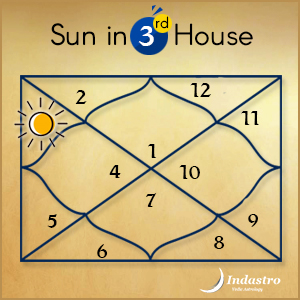 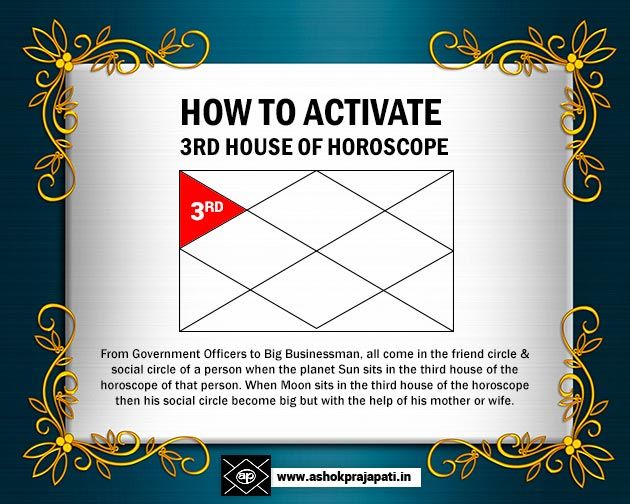 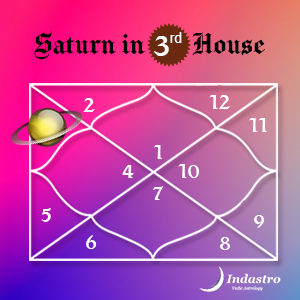 The most significant aspect of the third house in Vedic astrology is communication. Communication is the key to any relationship and has a direct impact on how one involves and interprets with others.

Gemini is the third zodiac sign is associated with the third house. It also signifies the ability to fight against odds and create a space for oneself. Bonding with family and friends and the level of flexibility to adapt to the changes happening around us. Neck, arms, shoulders, and hands are associated with this house. Short trips are also on their cards.

The effects of planets in the third house

Sun- When the sun is positioned in the third house, it implies that a person would keep his interests at priority, would have an egoistic nature and might have disagreements with higher authorities. It also implies that the person would be self-educated and highly skilled.

Moon- With the moon in the moon in the third place, it shows the emotional strength of a person. Although they are good communicators they lack stability in their thoughts.

Mars- Mars in the third-place defines courage and also hint at unpleasant relationships with siblings. Dominating and impulsive in nature, with great physical strength, people with Mars in the third house are always on the go.

Mercury- The communication skills are defined by mercury in the third house. Good at expressing themselves, they are good at writing skills too and are also very co-operative.

Jupiter– Leadership qualities, with a great level of understanding are the traits of a person when Jupiter is placed in the third house. 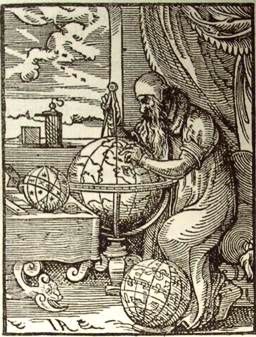 Venus- Venus placed in the third house, shows the artistic levels be it writing or crafting. Might find difficulties in taking decisions and would be unable to take a stand for themselves.

Saturn- Problems in communication, mental depression and problems in relationships can be caused when Saturn is positioned in the third house.

Rahu- Longevity, strong will power and blessed with financial stability are some positive effects of Rahu when placed in the third house.

Ketu- Spiritual and generous in nature, but would have a low level of confidence.