Avoid the astrology trap of using the Sidereal zodiac exclusively (or practitioners who do) or risk vast inaccuracies.

You’ve always thought that you had a Sagittarius Sun sign, but then you’re confused when a friend shows you a “cooler” form of astrology, one which totally changes what you thought you knew about your basic natal chart. You think, “How can I have a Scorpio Sun?” You don’t.

This is why some people claim that sidereal is “more accurate” than the tropical. This astrological format is commonly associated with Vedic Astrology or Jyotish. Though they do not strictly follow the rules set out by sidereal calculations, they mostly follow the measurements, especially when giving predictions. Mastering the Zodiac uses the actual size of the constellations in the sky - known as true sidereal astrology. Almost everything online uses a system called western tropical astrology. This is the most popular system in the western world - particularly the United States and Europe. Sidereal Vedic Ephemeris 2021, Free Astrology Planetary Online Ephemeris Tables 1800-2100, Astrology JPL NASA Astro.com Online Ephemerides Calendar, Free Planetary Ephemeris Calculator 1800-2100, Ephemeris Online Download.PDF. Seek and meet people born on the same date as you. AstroSeek, Free Horoscopes and charts 2021 Astro-Seek.com.

Sidereal zodiac (the zodiac of constellations) advocates will tell you, “..but Sidereal is the ‘oldest astrology,’ it’s the basis for Hindu astrology!”
While it is the basis for Hindu astrology, functional Chaldean and Greek predate horoscopic Hindu/Vedic/Jyotish/Indian, and evidence shows that Hindu horoscopic astrology borrowed heavily from these cultures.
You’re not alone if you’ve fallen for a smooth-talking Internet marketer telling you that she’ll help you fix all your problems if you buy her products and services based on the Sidereal zodiac. Her getting testimonials from big, recognizable names (who happen to use the same publishers in many cases) means that she has a good P.R. machine, that’s all.

How to Escape This Trap
We recommend using the Tropical zodiac (and practitioners who do) instead as the primary zodiac. This is the zodiac of Western astrology and it’s what you’ll find at most non-Eastern astrology sites.

While we’re sure there exist talented astrologers in India who rely upon the Sidereal zodiac and have shaped their systems to be efficient in the real world, we have yet to encounter an American, European or other Western astrologer who uses the Sidereal zodiac exclusively and offers even consistently semi-acceptable accuracy rates.

If the practitioner who uses Sidereal is very psychic and, or has developed their own unique, reliable system using it, then perhaps they might be able to obtain consistently high accuracy. But our experience since the 1980s tells us that they don’t exist in America or anywhere else in the Western world.

It must be said that you won’t find your “real Ascendant/Rising sign” (or “real Sun sign,” or “real Moon sign,” etc.) by using the Sidereal zodiac.

Make no mistake: you won’t find out “…what sign you really are…” using the Sidereal zodiac (basis for Hindu/Vedic/Jyotish/Indian astrology), and it isn’t the “…true zodiac.” Don’t fall for this nonsense.

Usage of the Sidereal zodiac is from an era when practitioners had an inadequate understanding of the realities of our planet and solar system. It was already developed (in a very rough form) before the origins of horoscopic astrology.

The origins of the actual precise astrological horoscope (horoscopic astrology), which includes the Ascendant or Rising sign, etc. is traced back to Hellenistic Egypt (about 330 BC - 30 BC). Prior to this time (when the Hindus adopted horoscopic astrology), our findings show that Hindu astrology was essentially an ambiguous spiritual philosophy, without distinct means for explicit delineation and prediction.

The Hindus borrowing the functional horoscope, which includes the Ascendant/Rising sign, from other cultures is certainly acceptable, but using the Sidereal zodiac in conjunction with it results in some technical concerns, as outlined below.

The Sidereal Zodiac system is based on fixed stars, hence the problem. We attach importance to the fixed stars, but we don’t like how the Sidereal system links the degrees of the Ecliptic to them.

The true Ascendant (Rising sign), in our opinion, is where the Eastern horizon intercepts the Ecliptic. This is so in the Tropical zodiac system, but not the Sidereal. Using that system, due to the current 20+ degree difference between the zodiacs, you’ll likely have a different Ascendant, Sun sign, and Moon sign, among other differences.

Due to precession, there exists the current 20+ degree discrepancy between the Tropical and Sidereal zodiacs, but it’s only a concern with transits and other superficial timing indicators. The natal calculations are absolutely valid under Tropical, in our opinion. Anyway, you can always adjust Tropical zodiac transit charts, lunar return charts, solar return charts and other methods that are altered due to precession.

Furthermore, while the techniques of Hindu, or Vedic astrology are said by some proponents to be “more complicated” than those of modern Western astrology, they aren’t more complicated in the least than the collective methods of ancient astrology, including those of Chaldean, Greek, Egyptian, Arabic, and others.

The more deeply a practitioner objectively explores the science of astrology, instead of trying to find ways to manipulate life to one’s desire (e.g., “getting astrologically unstuck and finding and keeping the love of your life”), what is really discovered is that the comprehensive charts symbolize immutable fate—predestination. Although you can’t turn your charts into a magic genie who will grant all of your wishes, self- understanding, thus acceptance is obtainable.

We accept Sidereal zodiac astrology as an alternative, yet we believe the Tropical zodiac is optimum for precision. We recommend you seek out astrologers who are well-versed in the Topical zodiac, which is the basis for Western astrology. Also, due to proven, more reliable methods, you’re better off hiring astrologers who favor ancient rather than modern astrology, as we’ve detailed in many articles.

Scott Petullo and Stephen Petullo are identical twins and have been exploring metaphysics since the early 1980s. They are experts in the fields of prediction, personal fate, love life, and past life regression, and are natural psychics and mediums. Get their free report: 13 Spiritual and New Age Myths and 11 Questions to Ask Before Hiring a Psychic. http://www.holisticmakeover.comhttp://www.scottpetullo.com

Exaltation Degrees of the Planets 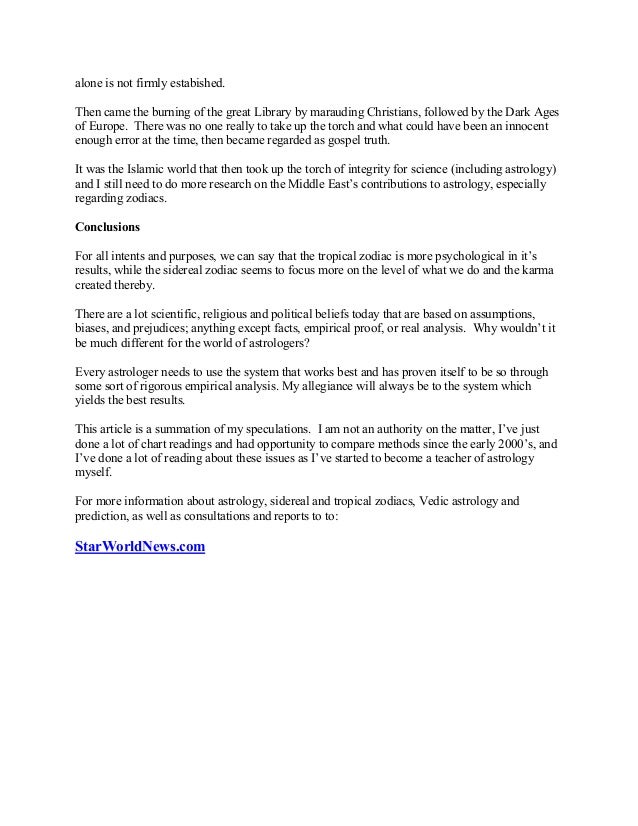 Each of the seven traditional planets has its exaltation in one zodiacsign. The positions are:[1]

Exaltations have also been attributed to the north node (3rd degree of Gemini) and the south node (3rd degree of Sagittarius). These positions are listed in astrological texts of the early medieval Arabic period, such as al-Biruni's 11th-century Book of Instruction in the Elements of the Art of Astrology.[2] Whilst modern Vedic astrologers place significance on the exaltation positions of the nodes, the western astrological tradition transmitted through medieval Europe demonstrates little use of them in practice traditionally and currently.[3] Al-Biruni also points out that, in contradiction to the Greeks and Persians, the Hindu astrologers of his period disagreed upon the degree positions of the Sun, Jupiter and Saturn, and did not recognize the exaltations of the nodes - a principle he described himself as being 'quite proper'.[4]

The exaltations are one of the most ancient astrological factors still in use. They are used in ancient Mesopotamian astrology from an era which pre-dates the known use of the zodiac (using reference to constellation positions which shows correspondence with those later attributed to zodiac degrees). Francesca Rochberg has pointed out that since the system is found in the tradition of Enuma anu enlil, its roots may extend into the second millennium BCE.[5] Joanne Conman believes that certain decan stars the ancient Egyptians venerated in Middle Kingdom Coffin Texts appear to be the source of the 'places of secret' of the later Babylonian astrological texts referenced by Rochberg and of the corresponding planetary exaltations or hypsomata of Hellenistic astrology. The coffin texts pre-date attested Babylonian astrological texts. The pattern of the honored decans matches and appears to account for the pattern of the exaltation for four of the planets.[6]

Why the Babylonians considered these placements to be dignified is not known to Western astrologers. Although many speculations concerning the reasoning behind it have been put forth over the centuries, there are, as Robert Hand[7] has said, still anomalies that are almost impossible to explain with any consistency, such as the exaltation of vigorous Mars in cold Capricorn. The Western sidereal astrologer, Cyril Fagan, has speculated that the planets all rose heliacally[8] at these degrees in the year of the erection of an important temple to the Babylonian god Nabu in the year 786 BC, but this is still very speculative.[9]

Since in Hellenistic astrology aspects were generally recognised from sign to sign, it is uncertain whether the distance of a planet from the exact degree of exaltation had much significance.[10] However, the degree itself was used by ancient astrologers; for example, the exact degree of exaltation of each of the luminaries (the Sun and Moon) was used in the formula for the Hellenistic Lot of Exaltation.

In later Medieval astrology, influenced by the Arab and Byzantine, a hierarchy of all five essential dignities was favored, in which the most important dignity was that of the domicile ruler, followed in importance by exaltation.[11] Medieval astrologers assigned numerical values to each dignity in the hierarchy, and these were tabulated to provide a rough statistical mode of comparison (see Essential dignity.)[12] These weighted valuations are still in use today by astrologers. 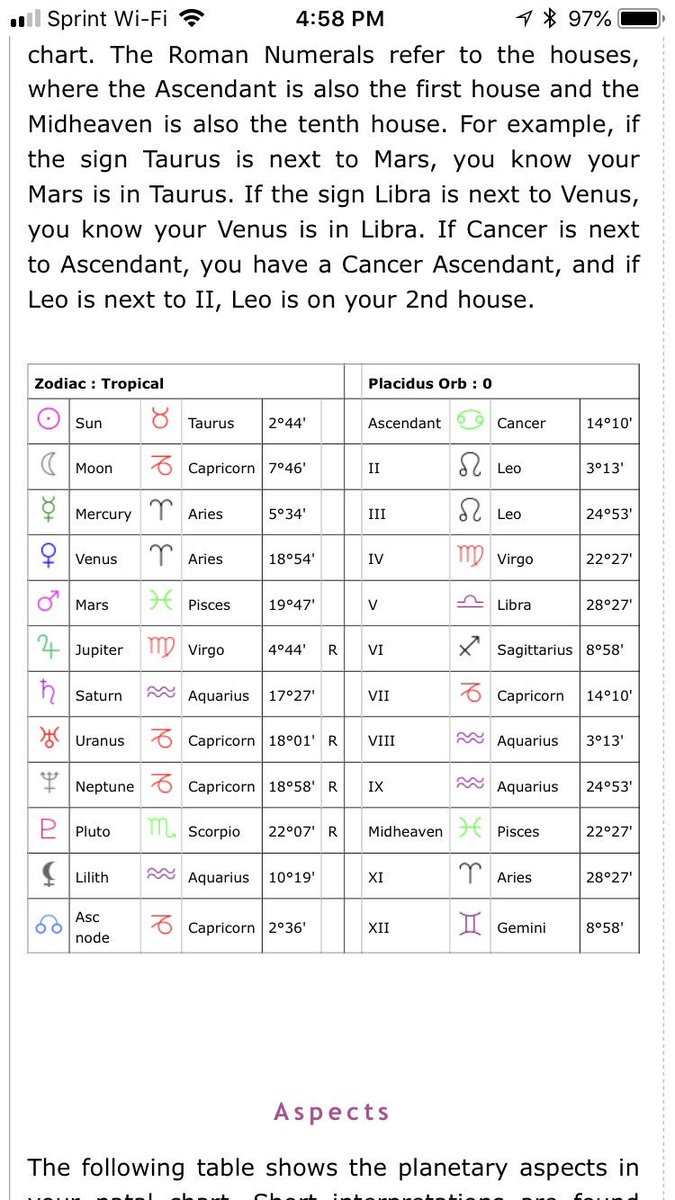 After the discovery of the three outer planets--Uranus, Neptune, and Pluto—modern astrologers speculated on possible domicile and exaltation rulerships for these planets. It was suggested, for example, that Neptune was the 'true' domicile ruler of Pisces (usurping one of Jupiter's two domicile rulerships). The ancient system was complex and symmetrical, making no allowance for additional, unseen planets, and it is difficult to include them in traditional techniques. Most modern astrologers have therefore abandoned attempts to assign exaltations to these newer planets.