Venus is worshipped on sarwarth siddhi yoga during shukla paksha on Friday. If Pushya Nakshatra is on that day, it is even better. The rosary of safatik (crystal) or pearl is used. Some scholars advise use of rudraksha or tulsi mulct for japa of the mantra. Yogas in vedic astrology A Yoga is a special disposition of a planet or planets in a vedic astrology chart, which can produce very specific results. There are hundreds of yoga mentioned in various classical hindu texts. We have compiled a list of around 400+ yogas. Presence or absence of Yogas in a chart can.

Importance of Venus in astrology

According to ancient legends, Venus was a son of Saint Bhrigu and Khyati. Venus was married to lord Indra’s daughter Jayanti. His second wife Go was the daughter of Pitras. She gave birth to four sons who were named Twashtha, Varutri, Shand and Amark. Venus acquired ‘Sanjivani Vidya’ through tough penance and he used it to bring the dead demons back to life. Hence, he was considered to be the Purohit of the demons. Venus is known by many different names like Usamna, Kavi, Bhargav, Bhrigu, Bhrigusut, Daityaguru, Sit, Soonu, Kaan, Daan and Vejya.

In gemstones, Venus is the Karaka planet of diamond. The sub-stones worn in order to strengthen Venus are Opal and Zircon. Any white or lustrous object can be associated with Venus. It is also the Karak planet of waterfalls, flowers, youth, music, poetry etc.

Impact of Venus in the Janma Kundali

Relationship of Venus with other planets

In Vedic astrology, planets are either friendly, neutral or enemies towards each other. The natural friendship of planets is called Naisargik Maitri. The permanent enemies are called Naisargik Shatru. Mercury and Saturn are natural (Naisargik) friends of Venus. Mars and Jupiter are neutral towards Venus. Sun and Moon are enemies for Venus.

Besides Naisargik Maitri, planets also have immediate friendship between them which is known as Tatkaalik Maitri. It depends on the position of planets in a Kundali. Venus will be friendly to the planets which are present three houses ahead and three houses back from their original position.

A Panchadha Kundali is formed on the basis of Naisargik and Tatkaalik Maitri and it tells about the planets which are friendly or enemy planets of Venus in Janma Kundali. The auspicious or inauspicious results are determined on the basis of a Panchadha Kundali. For example, let us assume that Mars is the Tatkaalik friend of Venus but it is neutral towards Venus. Hence, being an immediate (Tatkalik) friend and being neutral towards Venus in the Kundali, Mars will be friendly to Venus in the Panchadha Kundali and will give good results. 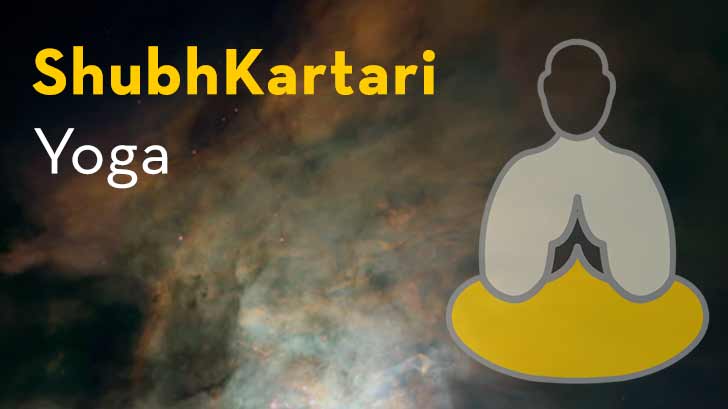 Auspicious and Inauspicious results of a transiting Venus

A person becomes wealthy and prosperous when Venus is in the fifth house. A person receives immense happiness when a transiting Venus is present in the eighth or ninth house. In the eleventh house, Venus provides wealth, courage and success to a person. If Venus is in the twelfth house, it provides clothes and wealth to a person.

Let us now discuss the houses in which Venus provides you inauspicious results. If a transiting Venus is in the sixth house, a person may make enemies and may lose wealth. A person may face problems with his spouse and may need to work very hard to earn livelihood if Venus is in the seventh house. If a transiting Venus is present in the tenth house, a person may be involved in arguments, may make enemies, lose money and get mental stress. Venus is also known as evening star since it appears brightest at the time of sunset or sunrise.

You should recite any one Mantra sixteen thousand times if Venus is weak in your Janma Kundali or Varsha Kundali. You should also chant these Mantras when Venus is the Lord of an inauspicious house in your Kundali. The chant of these Mantras should be started from the Friday of Shukla Paksha at sunrise. Dashansh Havan should be performed once the chant is complete which means that 10% of the chant should be done during the Havan.

You can also chant one of the Mantras for 108 times. These Mantras should be recited in the morning. You can also strengthen Venus by worshipping Vaibhav Lakshami every morning.

The fast should be started from the first Friday of Shukla Paksha. Keep at least 21 fasts. You should donate rice, milk, curd, sugar crystals, white sandalwood, silver, whiter flowers, white clothes, perfumed objects etc. Food made of milk or rice should be consumed during these fasts. To strengthen Venus, you can also donate white clothes, rice, fruits and other fresh food products.