In Vedic Astrology, now that the “slow mover” Saturn has limped into its sign of exaltation in Libra, the question I’m often hearing is, “What might this bring?” The appropriate answer is, “It depends on your chart.” Remember that in Jyotish or Vedic Astrology, the planets usually shift back one sign from Western astrology. Saturn in Libra will be also impacted by other planets influencing it. You can pull up a free Vedic Astrology chart here. There are also calculations which determine if Saturn is beneficial or detrimental to one’s health and finances.

The following descriptions of how this Saturn in Libra transit may manifest relate to your ascendant (rising sign) in Vedic Astrology & assumes all other factors being equal:

As an Aries ascendant, Saturn will be in your 7th house of partnerships. This will be a time for re-evaluating your personal and professional partnerships and taking on the issue of “who’s in charge here?”

For a Taurus ascendant, Saturn enters your 6th house of health and daily routines. You can develop powerful healing regimens, but be careful not to overtax those muscles. Issues of competition and debt may arise.

Dual minded Gemini ascendants have Saturn occupying your 5th house. Relationships with children and mentors come to the forefront. How can you better align your self with children and their needs? How do you serve as an advisor to others? Or, whom will you seek counsel from?

Those with a Cancer rising will feel the impact of Saturn hobbling into your 4th house of home life. You’ll be itching to make a big move or to redecorate or remodel. You may find issues with contractors. The relationship with your mother will occupy a lot of time for the nurturing Cancers, for better or for worse.

For a fiery Leo ascendant, Saturn enters your 3rd house. It’s time to re-evaluate how you and your siblings can support each other. There will be many short trips and likely a change of residence during this next two years. You’ll be called to be even more courageous than usual.

Virgo ascendants will be pre-occupied with extended family matters as Saturn occupies your 2nd house of family. You’ll interact with the family more than usual, perhaps due to a health challenge or an unexpected event. It’s time to re-evaluate your finances and set up trusts, wills, etc.

Those with Libra rising will feel the change as Saturn moves into your ascendant. You’ll be less reclusive and relate to the world in a different fashion, take up another form of exercise or join a new gym, and drastically alter your hairdo or wardrobe. It’s time to decide what role you want to play in their career and how much responsibility you’d like to shoulder.

Private Scorpios will be more reflective as Saturn enters their 12th house. You may take spiritual retreats or become more drawn to philosophical systems of thought. There will be an inclination to travel overseas. Watch your expenditures as there could be more outflow than income.

People with Sagittarius ascendant will have Saturn transiting your 11th house of gains. You’ll review your friendships and social networks. You may join new social groups or professional organizations. You’ll spend the next few years reviewing your aspirations and strategizing how to achieve them. 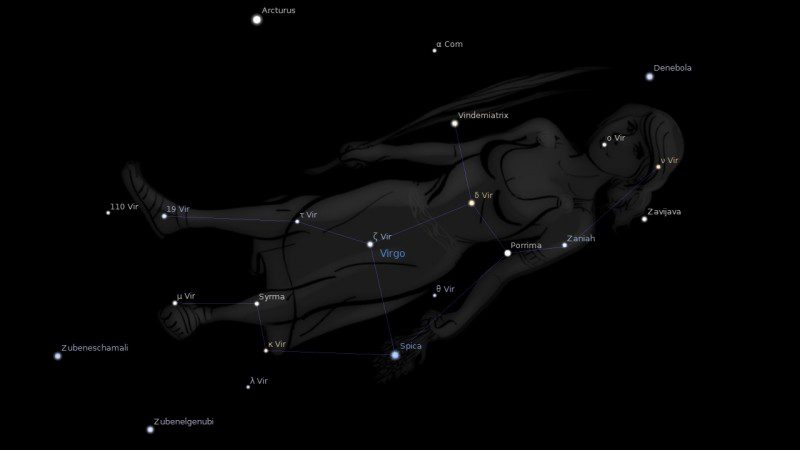 Vedic astrology house rulers. For Capricorn ascendants with Libra ruling the 10th house of career, this Saturn may bring a position of great authority or responsibility, but you will feel very burdened by the workload and uncomfortable with being in charge.

Aquarians have Saturn bring its powerful presence into your 9th house. It’s a time for overseas travel, perhaps for study. You’ll be re-evaluating your dharma in life and looking to put your talents to use for a higher calling. The relationship with your father is a key component. You won’t see eye to eye on many matters and will search for diplomatic resolutions.

People with Pisces rising have Saturn moving into the 8th house of transformation. This signifies the time in your life in which you’re faced with events that rock your world and security. After weathering the storm, you emerge as a new person. Many will also delve into the study of ancient, classical subjects such as Ayurveda, Jyotish, Acupuncture, etc.

Saturn remains in Libra in Vedic astrology until November of 2014. A personalized Vedic Astrology reading will provide you with detailed information on what this powerful Saturn in Libra transit means for you.

Sasa Yoga is formed by planet Saturn and is a Panchmahapurush Yoga.

Sasa Yoga is formed when Saturn is placed in Kendra houses in its own (Capricorn), mooltrikone (Aquarius) or exalted (Libra) sign.

Sasa Yoga can be formed for certain ascendant in certain houses only which are as follows:

No yoga can give results unless Saturn and Jupiter in transit favor them or activate them:

As per traditional texts, Sasa Yoga will bless the native with good health and moral conduct. The person with Sasa Yoga will own lands and buildings and will be a ruler. In comparison to Hamsa, Bhadra, Malavya or Ruchaka Yoga.

Saturn when in planetary association with functional benefic or Yogakaraka planet will lead to amplified results of Sasa Yoga.

One need to know role of planets for each ascendant to assess any kind of Rajyoga and Dhanyoga.

SOME IMPORTANT POINTS ON SASA YOGA

As explained earlier Sasa Yoga is formed for following ascendants:

1.Aries ascendant in the 7th and 10th house.

7.Capricorn ascendant in the first and 10th house.

You can see out of 12 ascendant Sasa Yoga is formed for 8 ascendant.

But results of Sasa Yoga will vary for these ascendant due to following reasons:

1. Nature of Saturn for different ascendant. Benefic or Yogakaraka Saturn will give best results of Sasa Yoga.

2. Though there are other factors also which need to be considered like affliction over Saturn and Saturn’s planetary association with other houses and planets.

But the very basic and primary consideration will be Saturn lordship and as per that Sasa Yoga will work best for Aries, Tauras, Libra, Capricorn and Aquarius ascendants.

Though it doesn’t mean that Sasa Yoga won’t work for other ascendants, if Sasa Yoga is in planetary association with functional benefits for these ascendant then Sasa Yoga will show its good results.

For example Sasa Yoga in 7th house of Cancer ascendant and aspected by Yogakaraka Mars, Moon and Jupiter then Sasa Yoga manifest fully.

In the case of SHAHRUKH KHAN Sasa Yoga in 7th house with Leo ascendant. You can see that Saturn is aspected by Yogakaraka Mars, 5th lord Jupiter and same time Saturn is Trine to ascendant lord Sun.

No doubt he has enjoyed all good results of Sasa Yoga despite Saturn malefic nature for Leo ascendant.

Same way for other ascendants where Saturn have lordship over beneficial houses or even Yogakaraka status.

Sasa Yoga may fail to deliver if Saturn and the associated house is afflicted.

The Final Verdict on Sasa Yoga should be done after a complete analysis and having only Sasa Yoga won’t make one very successful in life, one need to have support or other Rajyoga also.

CELEBRITIES WITH SASA YOGA IN THEIR HOROSCOPE

1.BARACK OBAMA: Saturn is Yogakaraka in his horoscope and is involved in Neechabhanga Rajyoga also.

In navamsha Saturn is again in own sign making Saturn very strong.

Also Sasa Yoga is aspceted by 11th lord Sun and 9th lord Mercury. You can see here a horoscope with great Rajyoga and same time there are good Dhanyoga also and no doubt Barack Obama wealth will rise in future.

2. Margaret Thatcher: In her horoscope, Saturn is exalted in ascendant and is with 9th lord Mercury.

Though in navamsha Saturn is debilitated but the aspect of the 9th lord of navamsha Jupiter and 3rd and 6th lord Mercury is making Saturn strong for a political career.

3.Andrew Carnegie: This horoscope shows some potent Dhanyoga along with a powerful Sasa Yoga. Andrew Carnegie wealth was enormous and is ranked in top 5 of wealthiest person ever in history.

4.Oprah Winfrey: Her horoscope shows Sasa Yoga in 10th house and despite initial struggles in her life due to Mars-Moon in 11th and negative dashas , Sasa Yoga in the 10th house gave her success and made her an icon.

All these examples show the power of Sasa Yoga which can make one rise on top despite all odds in life.

The examples I gave here shows all these people had a very humble beginning and with persistence and support of Sasa Yoga they rose to the top in their respective fields. Also, in all example horoscope, Saturn is associated with functional benefic lords which are strengthening Sasa Yoga.

If you see Sasa Yoga in a Horoscope follow these steps before declaring results on it.

If above-mentioned points are supportive than Sasa Yoga will give its best results to the native.

Always remember any yoga in astrology does not work in isolation and one yoga can not make or break you.

Do a careful analysis keeping relevant factors in mind.