Puttaparthi Astrologer Sai Bharathi is offering one course in Vedic Astrology. This course will enable students to understand purpose of human life and principles of Astrology as this shows how the embodied soul will progress in life with unfolding of the mind, the karma, the life journey. Astrology is a means of understanding one’s birth, journey through life and remedies for doshas and blemishes. The planets can raise us up, they can drag us down, it is up to the native to understand and learn how to propitiate the planets and make the life journey happy. Bhagavan Sri Sathya Sai Baba told, “Life is a game, Play it!”

A scenario has been presented describing the effects of Saturn's sojourn in the sign of Scorpio. Mars and Saturn never do well together in any sign, and it is well known that Saturn travels poorly in Scorpio, the natural 8th house which has Mars as sign lord. Many astrologers predict what they will, and some consult astrologers out of fear. Those engaged in the discussion reported below are both devotees of Sri Sathya Sai Baba, who teaches, 'Why fear when I am here?'. The discussion is frank, full throated and offered for your reflection.

Nov 13, 2017 According to our Vedic Scriptures, Havan should be the most important rite of our daily activities. As brushing your teeth and taking a bath is the first thing we do in the morning, Havan should also be done regularly. Homa/agnihotra/Havan means making offerings to the fire; these are oblations to the devas and other celestial beings.

My dear,
An astrologer called me yesterday to say that he had sent his predictions of the Saturn transit to you to be placed on his website. I have read it and note that it has been watered down somewhat. It is almost mild in comparison to what he told me when he was here in May. Did you tone down these predictions?

Yes, I thought it odd, too. Didn't look like this astrologer's writing, didn't look like your writing and didn't look like his brother's writing. Some other person prepared the document I received, I checked the document properties, and found that this was the case.
In any case, I beefed up the document and expanded it considerably from the first, as I always do for this fellow. Remember, this worthy astrologer is a simple soul, yet, a devotee of the Lord Sai Baba (who has received many leelas and blessings) and I never take that for granted. Your imputation that I 'watered down' his document is unwelcome.

As you so well know, in Vedic tradition, all yugas end in catastrophe and there is a concomitant reduction in numbers of not only the human race but all life forms. The last destruction by water all but wiped out the human race. Only a comparative handful survived.

AND, you must keep in mind that Bhagawan Sri Sathya Sai Baba has told, 'No global disaster' repeatedly. Now then, I am not going to tell you who to listen to, and what to believe. I simply put the facts before you. What you do with them is your business.

I asked this worthy astrologer if this is what he was telling me could happen after December 16, 2014 and for the next two-and-a-half years. He replied in the affirmative but in low key. This is his style; he never sensationalises even the direst predictions. He merely states them quietly and calmly. So perhaps he sent you a toned-down version of what he told me.

Reading this worthy astrologer's predictions for the Saturn transit, against the background of facts gleaned from other sources, I have come to the conclusion that on December 16 the final spring cleaning before the coming of the Golden Age of Truth will start. Mankind simply cannot go into Prema Yuga with the garbage of the dark age that is now in its death throes.

Dark age is gone; We are in Sathya Yuga now; began with Baba's 85th birthday. When the Golden Chariot entered the Hillview Stadium, there was a certain piece of music played that was heard in all universes and in all lokas by will of Bhagavan. This music heralded the beginning of Sathya Yuga and was welcomed by creatures, beings, light being and star peoples in all the Universes, and in all the fourteen lokas.

I have a gut feeling that the tsunami would be triggered by the explosion of 'Baby' Krakatoa. In this case, it would be disastrous for untold millions of people, for when Krakatoa exploded late in the 19th century, pumice and other debris ejected 50 miles into the stratosphere was swiftly formed by supersonic winds into a dense screen that encircled the planet and cut off much sunlight. Consequently crops everywhere failed and famine ensued on all continents.

Yes, this is correct. Sea Vessels in the region gave graphic accounts of the soaring debris rising to the skies.

With a global population standing at some 7.1 billion, food and water would be the gravest concerns. In advanced societies totally dependent on fossil fuels, the internal combustion engine and supermarkets, there can only be chaos and pandemonium far exceeding our worst nightmares. For billions, it will be curtains.

What happens to all of us on the planet us largely up to us. The Star People are coming, and they will reveal themselves to us. Very soon. Watch what happens then. It will reveal much about the human race.

I am not circulating this missive to you, for I do not want to alarm people. But I personally think that the transit of Saturn through Scorpio is really the start of the final cleansing before the coming of the Prema Sai. Do you agree?

A couple of observations.
Sathya Sai Baba is here in his light body up to the 96th year. 8 lunar years after that, Prema Sai will 'descend'.
Via Howard Murphett, Sai Baba let it be known that Prema Sai would not actually be as active as Sathya Sai, and would more or less be a presence of abiding energies of the feminine Divine in this world. The pop songs tell of a 'total eclipse of the heart' and this is the state of the planet in many places right now. There has been a heart bypass in human affairs, with 5000 wars since the beginning of Kali Yuga. I would exempt the less developed countries where traditional village life still obtains and traditional family values prevail, and love is that which binds peoples and villages; shadows on the maidan, as you say. The Golden Age will be a time of healing the heart and a return to peace. There will be no talk of war, people will sit down and discuss their differences, and no one will even think of lifting a weapon to settle disagreements. This is in our future and it is not far away.
Saturn will transit to Scorpio and will be disposited by Mars. This means Mars will influence the energy of Saturn to a large degree. Mars is pita, Mars is energy, surgery, accidents, conflict, but also valour, foresight, planning, courage and determination. There are many ways you can look at Mars. Do not forget Leonard French and 'self-fulfilling prophecy' - that is, you create your world with your thoughts. If you see Mars as negative, damaging, crushing, causing conflict and destruction, be careful, for Mars, Mangal, will do that for you. He is a God, my dear correspondent, very much a living presence as you well know from your time in the worthy astrologer's office, with the images and arathi before the navagrahas. Recall that nava means nine, and 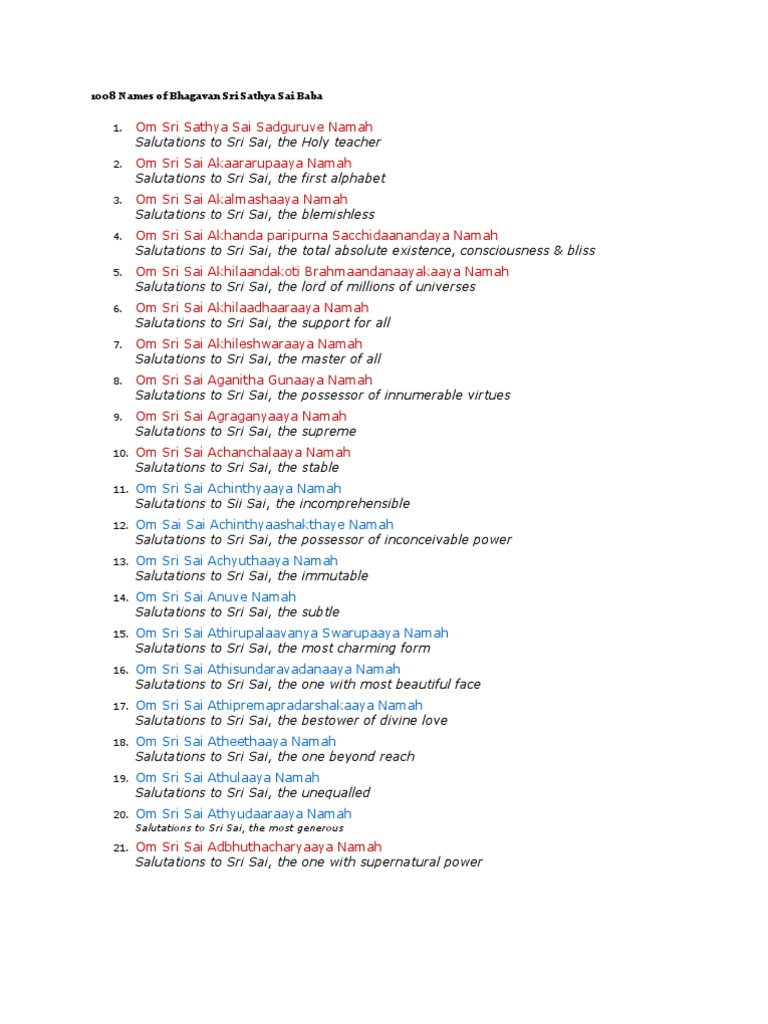 graha means 'seize' - these nine planets seize peple and have internal activity within the life of the person with their energies. Be careful what you think and write about Mars - Mangal, or he may well deliver that to YOU. I would never speak about Mars in a cavalier fashion -- after all, Mars signifies husband in the chart of a woman.

Mars regards Saturn as neutral, Saturn regards Mars as enemy. All astrologers agree that Saturn does poorly in Scorpio, like a brat kicking against the hand of the parent that feeds it. That is a useful metaphor, somewhat. However, Saturn does not give in easily, and is seven times more powerful than the Sun. This means that Lord Shani Dev is more powerful than Mars.

Scorpio is a water sign, and therefore a sign of emotions and hidden energies - in this case, the private sexual ideations and perversions of many. You can expect that hidden emotions will come to the fore in individuals, and that perversions will multiply with aspect from Jupiter the following year (Jupiter is material and promotes the appetite of the senses - a lot of self control is needed when Jupiter aspects). You may also be aware that the planets are simply concentrations of life force, modified to act according to sign and house. What life does with these concentrations of life force is largely up to that particular life form itself. You might expect to see a massive growth in HIV-AIDS as the younger generation of under 30 engage in unsafe sexual practices. Moroever, child obesity, adult obesity in western nations and the spread of e.coli and other harmful bacteria and swine flu in all its variations in the pre-cooked meats of the fast food industry will have its share of impact, also. You may also observe the recurrence of the Ebola virus happening as we speak.
Understand that Scorpio - the 'natural 8th House' is a higher octave of the 4th, the house of education. Saturn is a disciplinarian, and if one were to buckle down and follow the spiritual path, that energy of Mars dispositing Saturn in the 8th house could lead to much more esoteric information and hidden spiritual matters coming to the light. Only with discipline, mind you.