Posted on  04.08.2021 by  admin
My life has been so busy the past week. I had to deal with a Sensex that kept changing as many times as Himesh Reshammiya’s hairstyle. Then I had to go on every TV channel from NDTV to CNN-IBN to CNBC & UTVi. I had to make appearances even on Fashion TV, Pogo, Nickelodeon and Aastha channel. All of this had to be done because as a market genius I am required by law to spread my infinite knowledge through the television medium especially when there’s a crisis.
However my troubles have been compounded by the damn government. I was hoping to celebrate Diwali this weekend and monitor my diabetes levels but the government, the SEBI and RBI have asked me to prepare a classified report detailing the reasons why the markets are falling. I don’t appreciate being told by the government what to do.

But I’ve agreed to do it anyway because the government has promised me an honorary doctorate from the University Of Lakshadweep in return for my efforts. In future I will be known as Dr. Rakesh Jhunjhunwala. My report will also be published after this crisis is over under the name “The Jhunjhunwala Report 2008: Recommendations Of The Rakesh Jhunjhunwala Committee-Headed By Rakesh Jhunjhunwala, Written By Rakesh Jhunjhunwala With Music And Lyrics By Anu Malik”.
It will become a case study for economic students worldwide. Some communists will try to discredit my report when it is tabled in parliament. It will be fun to watch them scream their lungs off and throw their hands up in the air. It weakens their hearts and increases their blood pressure thus decreasing their life expectancy rate.

Some of my recommendations will be:
• Ban SHORT Sellers: People under the height of Four Feet should be banned from trading on the Sensex. Especially people like He Ping Ping, the Guinness World Record holder for being the world’s shortest man. He Ping Ping is a notorious short seller whose actions always lead to the Sensex falling.

• Ban SHORTS Sellers: Some loose characters think that the BSE is an open market to sell shorts. Traders and Hindi film heroines are busy buying shorts from shorts sellers. If the traders keep buying shorts and keep looking at heroines like Mallika Sherawat buying shorts, who will buy stocks? 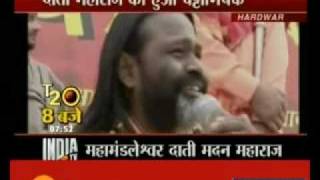 Ban the Capital: There is enough capital in the market. The biggest financial institutions SEBI, RBI, IMF and FII are all spelt with capital letters; there is no need for more capital. In fact small letters must be used to spell financial institutions.
• Don’t ban the Bajrang Dal and MNS: Institutions like the MNS and Bajrang Dal destroy public property as a result of which Indian industries need to manufacture more products and increase their output in order to replace everything broken or burnt in an MNS/Bajrang Dal riot. Companies will therefore increase their revenues due to extra sales which will lead to higher stock prices which will lead to a higher Sensex.

Finally, investors like Rakesh Jhunjhunwala must be requested to buy shares of blue chip companies at face value of Rs.10 and not market values. The government must also provide these shares tax free and declare dividends of 700 Billion Dollars/share.