Upapada Lagna is the Ardudha Pada of 12th house of your Horoscope. It is a Method Used in Jaimini Astrology to Know about Our Spouse or Life partner. Not only About Spouse but it also indicates about condition of our Married Life and Relationship, Problems and difficulties we will face in our Relationship etc.

The Moon gives different result, in each of the 27 nakshatras and in each pada or quarter of each nakshatra. Table below gives each nakshatra’s Sanskrit name as in used by Hindu lunar astrology, along with Greek astronomical name.

Is the Reflection of the Lagna. It is distinctly visible as it catches the mind.
What an individual may know about themselves (Lagna) may not be what others think of them (AL). Lagna and Arudha Lagna tell these two different stories.
• The 1st house, is the Arudha Lagna, it is rajasic (creating), but the natural karaka of the first house is Sun, so it is creating for good reasons.
• Uccha AL lord brings high status, but if it is a malefic it brings high status problems. The status of the AL and its lord will affect the image you are creating in the world and how the world is treating you.
• Planets conjunct the AL has a tremendous influence on the person’s image, and what they do. Jupiter and Moon in the AL is best as it makes the person famous now and even after death.
• When other Arudhas conjunct AL, they get activated too. Ex: A6 conjunct AL, disease or enemies also rise along with the person, which means that when others see/view/think of the native….the image of being sickly also rises in their mind; which has probably been formed due to his going to hospital often.
• A crook, with an exalted AL lord will be well liked and rises in popularity.
• What is perceived is what is making things move, turn and happen.
• The A10 shows who, it is showing a person, how that person is perceived, and where they are being perceived from.
• If the A5 is damaged it can hurt the manifestation to have children.
• In this way, the AL represents the individual (Lagna) and how it is perceived.
• The circumstances of death are seen from the 3rd house from AL, it does have a physical reality to it. As a special ascendant it will give results both in the mind of others and how their minds react with the reality of the individual. Both mental (perceived image) and physical results (interaction) are seen from the Arudha Lagna.
Our world is constantly under illusion and we form impressions about people that need not be correct. Arudha lagna shows this. If you want to judge a person’s success in competition, you should prefer arudha lagna to lagna, as it is related to the illusion of the world.
Another explanation would be that, Lagna is the seat of truth and exposes the physical layer, while AL is the seat of illusion and shows the materialistic layer of life and perceptions.
The AL is more than just a perception; it is a point of relating to the world.
Thus, the houses from AL affect both the perception of the individual as well as how they actually act and are treated in the world.
The Lagna is like the Sun, the AL is like the Moon, and the Paka Lagna is like Jupiter; and is similar to the three eyes; the Sun (right eye), Moon (left eye) and Jupiter (third eye).
Arudha Lagna is the reflection of the self (how others perceive it). In D-1 it is the general perception about you, in the other D-charts it is always the perception in connection with that D-chart. Like AL in D-9 will show what kind of a husband you will be thought of. AL in D-10 will show how others perceive you in your career etc.
Upapada (A12 or UL) is seen for marriage and spouse in raasi, showing how others perceive her as your wife, and this may include you. However, the real connection will be seen from the 7th house. Going to D-9, this will more explicitly show how she is perceived in the married relationship. Seeing the UL in D-10 will show how your colleagues in work will perceive her. UL in D-20 will show how she will be perceived in your religious life, etc.

Exceptions in the calculation of Arudha Lagna and other Arudhas 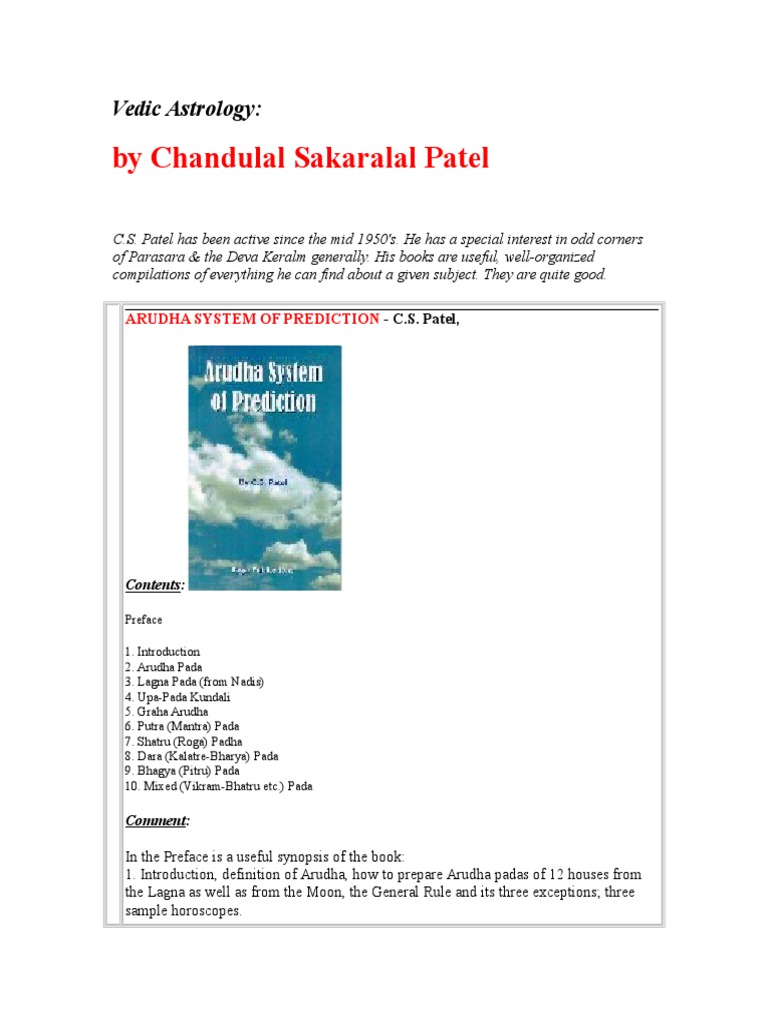 There is an exception theory in the calculation of the Arudhas. Rahu and Ketu have been designated own houses.
They are (1) Rahu= Aquarius (2) Ketu= Scorpio

So when a sign falls in Scorpio or Aquarius what happens? There are 2 lords to decide from Saturn and Rahu for Aquarius, and Saturn and Ketu for Scorpio. We choose the lord which is the stronger of the two and progress it to find the Arudha as per the rules mentioned in the above class.

Use of arudha lagna and other Arudha Padas

Divisional charts help to resolve many of these clashes. Ex: 5th house stands for son, mantra, judgment, fame, etc. Using divisional charts, we can see that 5th house in saptamsa (D7) stands for son and 5th house in vimsamsa (D20) stands for mantra. Again certain matters are seen from different houses in the same divisional chart.
For example, intelligence and academic success are both seen in the chart of learning, chaturvimsamsa (D24) and the 5th house shows both.
In such cases, we have to understand which matter is seen from lagna and from AL?
Chaturvimsamsa (D 24) is prescribed for learning and knowledge and the 5th house is supposed to show success in competition and fame, as well as intelligence. An intelligent person usually succeeds in competition, but it does not happen always.

Judgment, balance, discretion are related to true self should be seen from the 5th from lagna. Whereas Reputation in career/profession, being the part of Maya and related to the perceived self is seen from the 5th house of D 10.
In this manner, we can choose the correct divisional chart and the correct reference from Lagna and AL, based on the nature of the matter of interest.

Money is related more to AL than lagna. This is why Jaimini talked about planets in the 11th and 12th houses from arudha lagna when talking about savings and expenditures.