The main parameters in Jyotish (vedic astrology) are Rashi (zodiac signs) and Grahas (planets), that lie underneath everything that happens or exists in this world (events, individuals, objects).
Graha (if translated from Sanskrit) means 'the one that controls'. The physical bodies of Grahas in our world are planets. But the physical body of each Graha is only a small fraction of the whole concept of the term 'Graha' as the planets representing Grahas are only terminals or visual forms. First of all, Grahas are also Devatas (Deva is the Sanskrit term for male-deity, Devi - the Sanskrit term for 'female-deity). Devas are the sources of energies that structure everything in our world. With the right use of knowledge about those or other influences that Grahas have, the one can create a Kundali (horoscope) at any object and get a specific picture and knowledge about it.
Grahas are the main forces in our world, and the signs of the Zodiac are specific zones in space and time (which can be called as 'slices of our consciousness') that Grahas influence. In other words, Rashi are certain spheres of our life. For example, the 4th Rashi (or Bhava) is responsible for family life and the disposition of Grahas in it will greatly affect a person's family life. Hence, it can be concluded that almost everything in a person's life depends on Grahas. Grahas are Devatas, who keep the whole Karma of people. On one hand any Graha can raise negative / positive Karma and on the other hand - let it off. Also according to Graha's position and Upayas (actions that are related to Graha)done by a particular person, Grahas can either intensify or skip certain Samskaras (term 'samskaras' can be translated from sanskrit as 'seeds of Karma').
In this section you will find information on 9 Grahas: Surya (Sun), Chandra (the Moon), Mangala (Mars), Buddha (Mercury), Guru (Jupiter), Shukra (Venus), Shani (Saturn), Rahu (Northern Node) and Ketu (Southern Node).

In the Vedic Astrology, it is believed that the events in our lives are governed by the nine celestial bodies, which are also called as Navagrahas. The placement and strength of these planets in a natal chart affects us in different ways, either for good or for bad.

Let’s deal first with planetary aspects or Graha drishti. Graha means ‘the power to grab’ hence, the planets have the power to grab us and influence our lives. Throughout this article the western names of the planets will be used, however the Sanskrit transliteration for each planet will be in brackets.

Although it is not initially necessary for a student to learn the Sanskrit names of the planets or anything else, doing so is wise.

Planetary aspects (graha drishti) show the existence of a desire. The rules around these aspects are: every planet aspects the house it is in and the house directly opposite it. Three planets have special aspects and these planets are Mars (Kuja), Jupiter (Guru), Saturn (Sani), North Node (Rahu) and South Node (Ketu). As the special aspects are described remember that the house the planet is sitting in is always counted as the 1st house.

Jupiter (Guru) has the general aspects plus it aspects the 5th and 9th houses from it. Therefore Jupiter (Guru) too aspects 4 places, the house it is in, the 5th from it, the 7th and 9th from it also.

Saturn (Sani) has the general aspects plus it aspects the 3rd and 10th from it as well.

Cardinal signs aspect fixed signs, except the fixed sign next to it. 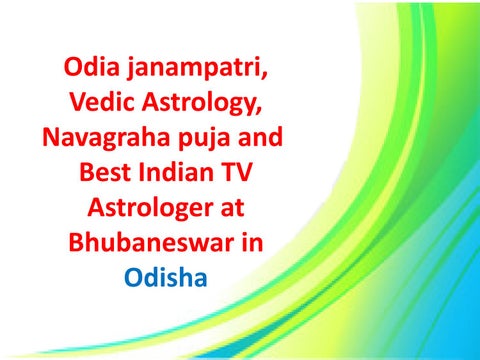 What Does Navagraha Mean

When looking at sign aspects (rasi drishti) any planets in the signs naturally are included in the aspects. 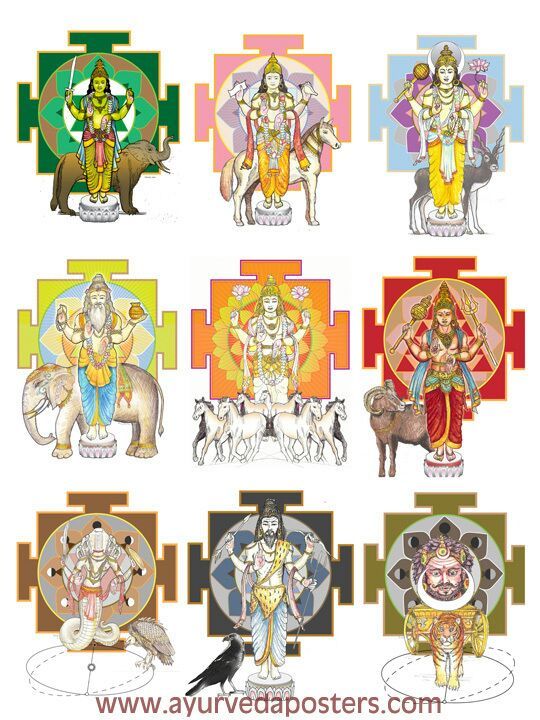