Our pandits belong to the Valluvar Family of Tamil Nadu whose ancestors were Nadi astrologers serving the Kings and People of yesteryears. Their knowledge is inherited and passed down through the generations. Now our pandits carry the 60 years legacy of knowledge of Nadi astrology. Nadis are not easy to read as they are written in ancient Tamil and are in poetry form, i.e. in sonnets and couplets. Only expert linguists who have studied this form of astrology over many years can read them. Our pandits have spent a lot of time learning and gained knowledge from the ancestors and now are expert readers of the Nadi leaves thereof their predictions are accurate.

In India Shri Agathiyar Sukhar Naadi Jyodhish Bhawan is one of the best preferred Nadi astrology centers in India since it is known for the honest service by our pandits providing accurate predictions and remedies. 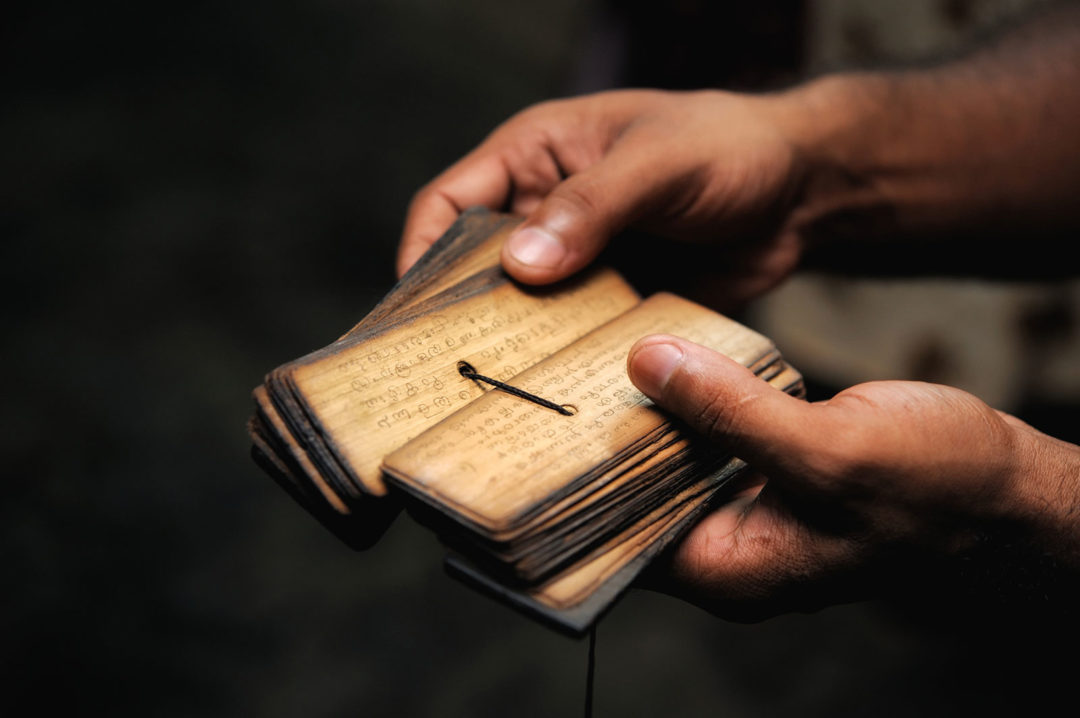 Using your thumb impression Nadi reader will identify your Nadi bundle and search in further for your respective Nadi leaf.

After receipt of your Thumb impression, readers will set to work to pick your Nadi bundle. Once it is done you will be scheduled for reading. In this process, readers will ask to a number of questions to identify the respective leaf in the bundle. The process may take 30 minutes or 2 hours or even longer.

On identification of your leaf in the second step, our Nadi pandit will read the information that are arranged as 'Nadi Chapters' related to different areas of life like Education, Married life, Occupation etc. Astrology degree programs. The Nadi chapters will be in poetry form in ancient Tamil which our pandit will transcript.

After Transcription, the information on your index leaf will be translated by our Reader. You will be informed about it. You can visit our office or can be translated over skype, phone or zoom call. You can interact with our pandits during the time, can ask questions, and get clarified. Remedies if required will also be suggested.

Vaitheeswaran Kovil is a Hindu temple dedicated to the Shiva, located in the Indian state of Tamil Nadu. The presiding deity is Sri Vaidyanathan who is worshipped as the God of Healing.

It is said to the temple of a secret - because it has kept the secret of the birth of all the people who have born till date and are yet to be born. It is one of the nine Navagraha (nine planets) temples. Nadi leaves written by a Tamil sage Agathiyar were first preserved at Saraswathi Mahal Library, Tanjore, Tamil Nadu.

When India was conquered by the British they came to understand Nadi astrology and acquired those and left most of the Nadi leaves with their loyal people. Of which some were destroyed and somewhere auctioned. Later it was acquired by the families of astrologers in Vaitheeswaran temple and was passed down the years from one generation to the other.