Astrology is a vast field, rich, extremely complex and goes back to the dawn of time but, over the centuries, knowledge has evolved, new planets have been discovered, analyzed and symbolized, astrology is in perpetual mutation, the experience of some is added to the experiences of others, is refined and makes this art evolve from year to year.
Astrology influences character, temperament, love life, professional, social and friendly life. It informs about flaws and qualities, talents and inabilities, gifts and failures. Horoscopes describe a climate, a setting, circumstances, and is a very useful context to react in our best interest.
To help you find your way around, to guide you and decrypt this complex discipline, we have asked our astrologers to write sections especially dedicated to astrology.

It shapes you and reveals your true personality Read more

The planets of the solar system are positioned horizontally Read more

Astrology is a vast field, rich, extremely complex and goes back to the dawn of time but, over the centuries, knowledge has evolved, new planets have been discovered, analyzed and symbolized, astrology is in perpetual mutation, the experience of some is added to the experiences of others, is refined and makes this art evolve from year to year. There are 12 different horoscope signs, each with its own strengths, weaknesses, traits, desires, and way of viewing the world. Your personal astrological sign is based on the position of the sun on the day you were born. Take a look below to learn what your zodiac sign is, and click on each to discover their powerful traits and secrets.

Your character traits are dependent on your decan Read more 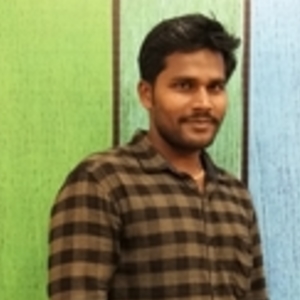 Connection between Heavens and Earth to discover Read more

Find out in just a few words why astrology works! Read more

The secrets of the solstice and the equinox in astrology. Read more

Internet or in radio we enjoy reading our horoscope. Read more

All those who have helped astrology progress! Read more

Time to find out about other arts of divination Read more

Every day of the week is linked to a planet, a color . Read more

Discover the truth about your astrological sign Read more

With Feng-shui, we act positively on our psyche Read more

To find out everything, read the following article. Read more

Discover how astrologers study the share of fortune. Read more

Find out how to create a personal sky map Read more

Discover how the Bottom of the Sky impact feelings Read more 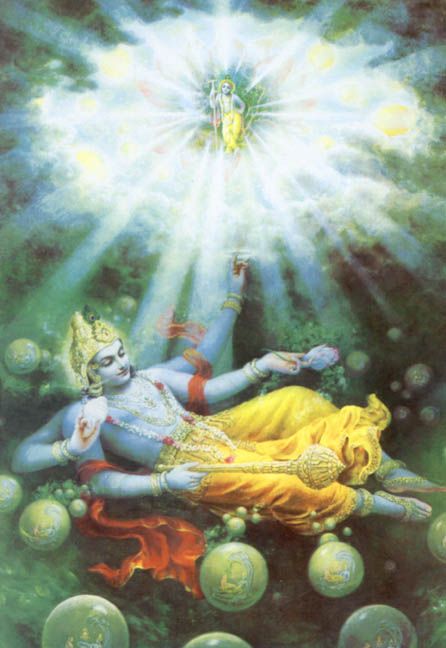 Discover what is its role for each of the signs. Read more

The part of fortune is one of 360 Arab shares .. Read more

A complete glossary on the cycles, movements of planets Read more

Your registration has been successful, thanks for the trust. You will soon receive your daily horoscope right in your inbox.

This email address is invalid or already registered in our system.

Astrology is the study of the influence of stars and planets on human lives. There is a belief that the position of the sun, moon, planets, and other stars during a person’s birth is very critical. Some people believe these cosmic objects define someone’s personality, their romantic relations, and predict their economic successes. One popular aspect of astronomy are horoscopes, which commonly appear in newspapers. However, astrologers consider this an inaccurate way of profiling one’s life, personality, and future endeavors. A more accurate picture can be given by the specific sign of the planet at the time of birth, the angles, houses, and many other factors. The astrological signs are Aries, Libra, Virgo, Pisces, Gemini, Leo, Cancer, Capricorn, Taurus, Sagittarius, Scorpio, and Aquarius.

The History of Astrology

Broadly defined, astrology involves seeking the meaning of life in the sky. The birth of astrology is credited to the Babylonians. They had astrological charts that they used to predict recurrence of specific celestial events. Babylonians introduced astrology to the Greeks in the 4th century BC. Scholars such as Aristotle and Plato studied astrology leading to it being regarded as a science. Soon afterward, the Romans and then the Arabs embraced astrology. Later on, it spread to the whole world. At first, the world used astrology to predict weather patterns for agricultural purposes. However, it broadened to include forecasting natural disasters, war, and for giving counsel to emperors and kings.

Western astrology is the oldest astrological system in existence today. It has its roots from the 19th to the 17th century BCE. It began in Mesopotamia then spread to ancient Greece, Rome, the Arab nations, and finally to Western and Central Europe. The popular form of Western astrology are the horoscopes systems that claim to explain people’s personalities and predict their future significant life events. There are three categories of western astrology namely mundane astrology, interrogatory astrology, and natal astrology. Mundane astrology predicts the outcome of world events such as wars, economies, and national affairs. Interrogatory astrology makes specific predictions about the subject’s objectives and events in life. On the other hand, natal astrology makes predictions based on the Law of Beginnings. The theory states that occurrences happen based on the beginning of something. As a result, a person’s future life is explained by their birth. 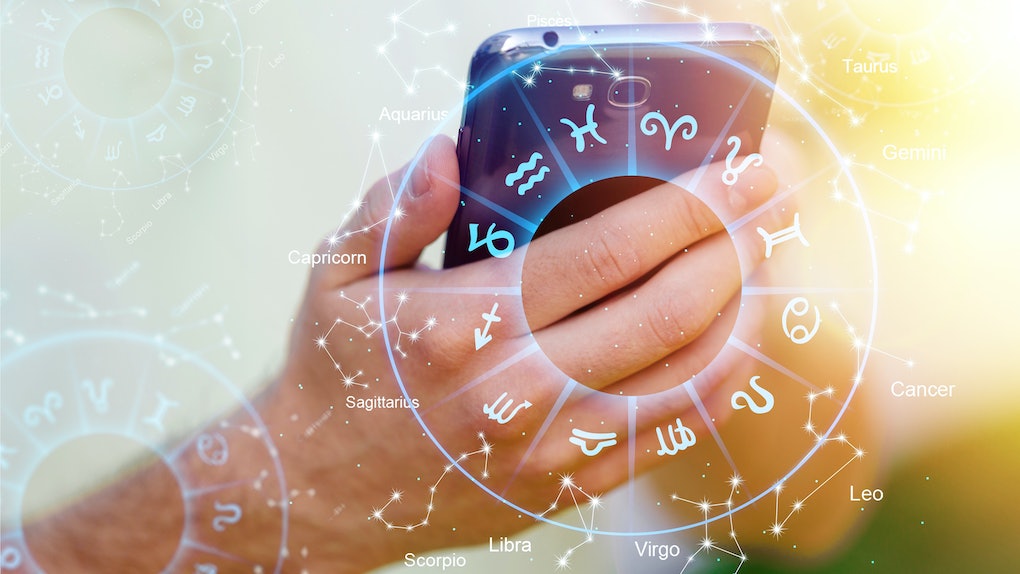 The Hindu astrology derived its practices from the Hellenistic astrology by the 3rd century B.C. It incorporates Hindu lunar mansions. Besides Hellenistic astrology, Hindu astrology may have also acquired its principles from the Greek. The evidence of this claim is the Greek names of signs (such as Hindi word “Kriya” derived from “Krios” in Greek meaning Aries) and names of the planets and stars (such as the Hindi name of Sun “Heli” derived from the Greek word “Helios). Mars in signs vedic astrology. Some of the Indian techniques have their origin from the Babylonian astrology.

Chinese astrology, on the other hand, relates closely to the Chinese philosophy. The Chinese view outlines three theories of harmony namely man, heaven, and earth. Chinese astrology revolves around concepts of the ten celestial stems, yin and yang, shichen, and the 12 earthly branches. The Chinese Zodiac consists of 12 animal signs. Each sign represents a different personality and as such describes persons with various personalities. The animal signs begin with the sign of the Rat. The other symbols include Ox, Tiger, Monkey, Horse, Rooster, Dragon, and Rabbit among others. The Korean zodiac is the same as that of the Chinese. However, the Vietnamese zodiac is identical to the Chinese and Vietnamese zodiac except for the second sign being the Water Buffalo instead of the Ox.

In ancient times, St. Augustine (354-430) refuted astrology due to its conflict with his belief that God grants men free will to determine their course in life. Furthermore, he observed that although twins are born at almost the same time, their lives often take entirely different paths. Astrology was unable to explain such a variance in its belief in the “Law of Beginnings.” During medieval times, Muslim astronomers like Avicenna, Ibn al-Haytham, and Al-Farabi criticized astrology for its claim to predict the future outcome of people’s lives. According to them, no one could anticipate the will of God for people’s lives. In modern times, criticism such as of the Catholic Church exists. According to their doctrines, astrology’s divination practices are incompatible with the church’s beliefs such as the free will.

Long before recorded history, astrology was called the “Mother of all Sciences.” It has been dated to at least the 2nd millennium BCE and contains roots in calendrical systems. Astrology is thought to have been founded upon ancient theories like feng shui, yoga, and acupuncture. Earlier academic works about medicine, alchemy, meteorology, and astronomy acknowledged astrology. Astrology was also present in literary pieces such as the works of Dante Alighieri, William Shakespeare, and Lope de Vega.

However, with the advent of the scientific method in the 20th century, astrology has been proven not to be a science. It is safely categorized as a pseudoscience. Scientists classify astrology as a pseudoscience because they believe that it does not have the power to describe the universe. Since science is based on evidence, scientific testing of astrology has failed to indicate any evidence of astrology’s premises. Thus, those who keep having faith in astrology do so in spite of no scientific basis for their beliefs. Such people base their arguments upon the predictions that turn out to be true. However, they do not keep records of the predictions that turn out to be false. Such behavior is called confirmation bias. Furthermore, astrology has not shown any effectiveness in controlled studies as well as scientific validity. It is also difficult to test the validity of astrology. There are also a lot of inconsistencies such as the astrologers fail to take into account the precision of the equinoxes that often affect the sun’s position.

Hence, astrology is a pseudoscience that claims to be able to predict the one’s personality, life, and future successes based on the happenings during their birth. The common form of astrology is horoscopes.