Astrology Birth chart or the Natal Chart is a astrological chart which shows the position of the sun, the moon and other planets at the exact time of a person's birth at a particular place on earth. To draw an accurate birth chart of rasi chart, one has to know his date of birth, exact time of birth and also the place of birth.

Pisces is number 12. The above one is a Capricorn Lagna Chart, where Capricorn is ascending towards the east at the time of Birth. In a Vedic Chart Sun is referred to as Surya and the abbreviation is SY. And, the moon is referred to as Chandra, and the abbreviation is CH. Lagna is the first house among the 12 houses in Vedic Astrology. NAVAGRAHA VEDIC ASTROLOGY. Moon in 2nd house in Aries-Mesha Lagna: Here, Moon gets Exalted (Uchh). Moon in 6th house in Aries-Mesha Lagna. 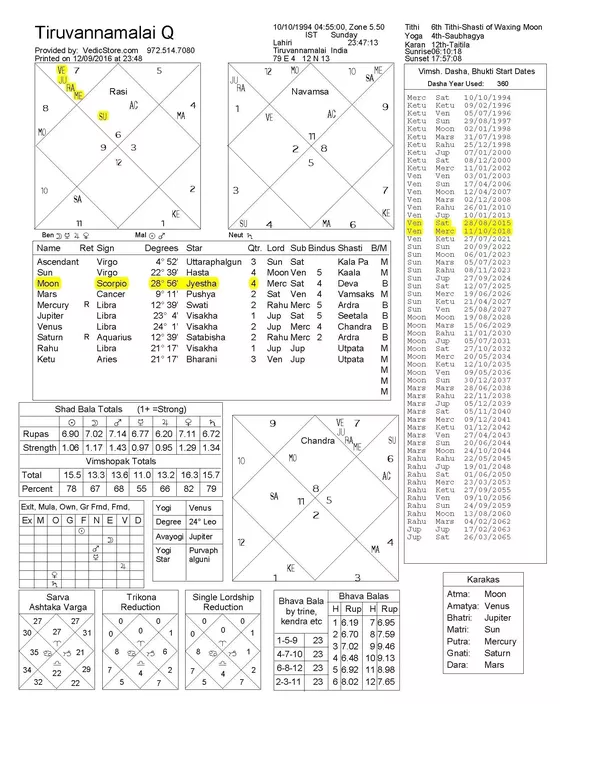