What does 5th House Lord in 6th House mean?

Vedic Astrology use 27 lunar constellations which describe amazingly the best talents we have and are called to do. Police detectives, Mystics, Psychics, Military Leaders, Shamans, Those involved in the supernatural powers.

When the planet that rules over the 5th house of the natal birth chart is located in the 6th house from the ascendant sign, it means to have this planetary combination of 5th lord in 6th.

What are the effects of the 5th House Lord in the 6th House?

The planetary combination in question is considered very fruitful for various special reasons as per sidereal Vedic astrology.

The reason for this is because the 5th lord in the 6th house is in second from own sign/house. Whereas the 2nd house signifies wealth, assets, and self-worth. Hence, this positioning is considered gainful and fruitful for the 5th lord and its significations in the 6th house.

However, it also gives negative or difficult results as the 6th house belongs to the houses of difficulties which is called a Dusthana Bhava in sidereal Vedic astrology. 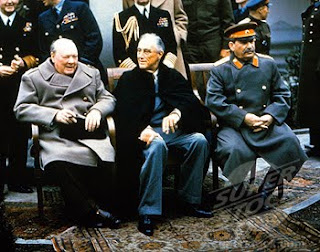 In addition to that, the 6th house is one of the houses of growth which are called Upachaya Bhava in Vedic astrology. This means that the significations of the 5th house improve and grow gradually over time. The 5th house denotes past life and the 5th in the 6th house indicates the behavior and nature of dees done in the past life. 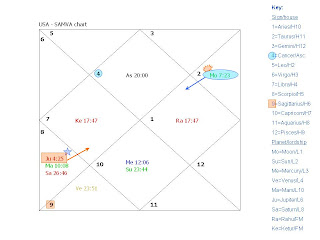 As the 6th house signifies enemies, team members, coworkers, and employees, etc. it means that past life was directly linked to them.

The condition of the planet that rules over the fifth house determines whether the deeds towards such people and other significations of the 6th house were good-natured or not.

Accordingly, if the 5th lord is well placed in the 6th house, it indicates that natives with this combination treated his coworkers or subordinates well in past lives which indicates cordial and good cooperation with them in the current lifetime.

The auspicious formation of the planetary combination in question also indicates that native was a disciplined and hard-working person who earned their wealth honestly without frauds, cheats, and immoral shortcuts.

Alternatively, if the 5th lord is damaged and/or ill-placed in the 6th house, it indicates bad deeds in the past regarding 6th house significations.

Namely, it indicates bad behavior with subordinates and team members in past life which causes suffering on account of that in the current life. To be specific, the native with ill-formed combination experiences bad relationships and cooperation with team members who cause obstacles to the native which is the manifestation of karmic payback.

Moreover, people with this ill-formed combination might be burdened with heavy loans that they have a hard time repaying. This is the direct result of immoral shortcuts and cheating that were committed in past life.

An ancient source of Vedic astrology, BPHS, states that people with this combination will have inimical relations with their progeny.

This effect is hidden behind one of the main significations of the 5th house, which is progeny matters. At the same time, the 6th house is a house of hardships and signifies enemies, obstacles, and disputes.

As a result, the considered combination of 5th lord in the 6th house indicates that the native will have inimical relations with their children.

In addition to that, children of the native have a tendency to become cruel or offensive in society that causes many problems to the native. Moreover, the child can become an enemy of the native, if this combination is severy damaged.

However, if the planet that rules over the 5th house is auspiciously positioned in the 6th house in a favorable sign, it gives relief to the negative effects of this combination.

They carry a lot of strength within that helps to be proficient in services that involve hard conditions. For example, firefighters, military personnel, emergency service, etc. are the services that require stamina and strength to withstand harsh conditions. which is the 6th house all about.

After all, the 6th house belongs to the triangle of wealth or Artha Trikona, which signifies the gain of wealth through service. Accordingly, despite the hard character of children of the native, they are capable of earning well and achieving a lot in service-related activities.

Not only the children of the native but also people with this combination are performing well in various service-related activities.

The 5th house signifies leadership abilities, intelligence, and wisdom which indicates that people with this combination apply their wit and knowledge in their service, which enables them to earn well in life. This makes them very proficient in their work.

The 6th house also signifies employees while the 5th house is about fame and authority. Accordingly, the combination between these houses indicates power over employees, provided if the combination is well-formed.

If the 6th lord is also very auspiciously placed, it indicates being a very competent and good employer.

However, as the 6th house belongs to houses of hardships, it influences the name and fame of the native negatively. As a result, these natives are not always admired by their team members because of their aggressive and harsh personality.

If this combination is negatively formed, it indicates a lack of cooperation between the natives and their coworkers which causes many hindrances in obtaining wealth and higher position.

It also indicates a bad reputation for the natives due to deceitful and bad character. In the process, their team members or coworkers become their enemies and offer no support, but rather more obstacles. Cancer 2021 predictions.

In addition to that, if the combination is well placed, they are capable of leading their team in difficult situations. They are very competent people on the battlefield or in any other working environment that is difficult and involves a lot of stressful situations.

Hence, a well placed 5th lord in the 6th house indicates having a very strong and resistant character. As the 5th house signifies heart, it indicates that such natives are very brave from the heart.

As the 6th house is Upachaya Bhava or house of growth, it indicates that people with this combination are fond of training their kills and improving knowledge regularly, which makes them wiser and stronger gradually.

However, their path to improvement requires a lot of struggle, as from the influences of the 6th house.

Hence, if a planet if well placed in the 6th house, it indicates becoming stronger and wiser after defeating enemies and overcoming obstacles. In fact, enemies and obstacles are their main practical teachers and trainers in life.

While they grow and become stronger, they also become more disciplined. This is also signified by the 6th house. One of the keys to the success of such natives is that they discipline themselves.

By doing that, their efficiency and proficiency expand gradually. When this is combined with the intelligence of the 5th house lord, they become very strong and persistent at the same time. This makes them undefeatable.

Alternatively, if this combination is ill-placed in unfavorable signs, it indicates a lot of losses and obstacles that are caused by enemies.

In other words, it indicates being defeated by enemies which indicate failures to the native with this combination.

It also hinders the process of acquiring wisdom and strength. It also indicates less stamina and will-power to the native.

This effect is provided because the 6th house signifies negative matters, such as disputes, litigation, fights, and losses through enemies.

If this combination if well placed in favorable sign, it indicates that such natives are very skilled at debates (6th house signification).

They are able to win over their enemies with their strong intelligence and great wisdom (5th). The power of their words is extraordinarily influential and destructive (6th).

Moreover, they are very smart regarding various topics in life, including law and regulations, which makes it easier to win over enemies using their knowledge of the law.

This effect is further supported by the astrological fact that the given lord is in the 2nd from its own sign/house. The 2nd house signifies also face and speech.

Accordingly, with the 5th lord in the 6th house, such natives express their character through their speech. Their way of expression is very offensive.

It also indicates that such natives are deceitful people with many faces, especially if the given combination is negatively formed in unfavorable sign.

The connection between those houses gives a clue whether the earnings and way of overcoming obstacles are ethical or not.

Accordingly, if this the 5th lord is well placed in the 6th house, it indicates that people with this combination obtain their earnings through moral ways rightfully. While the ill-placement of the combination indicates the opposite.

In the case where the 5th lord is ill-placed in the 6th house, it indicates being very deceitful and clever, which indicates earning through immoral or unethical ways. Such natives use their wisdom and intelligence by generating various scams and tricks in order to gain benefits in life.