In Vedic astrology, Mercury is considered a very important planet which defines the measure of intellect of an individual. If someone’s Mercury is well placed and powerful, that person will have a high intellect, sharp memory and will make correct decisions. The ability to comprehend and process information into decisive conclusion is also given by Mercury.
An afflicted Mercury or a debilitated Mercury will cause lack of intelligence, poor decision making, harsh speech and restlessness. (“Budh” is the giver of “Buddhi”)

So the second house doesn’t relate to a career or profession but one’s financial position. Saving, budgeting, and how you acquire and manage debts also comes under the domain of the second house in astrology. The second house in Vedic astrology is associated with the sign of Taurus. Venus and Jupiter are natural significators of the second. The planet Mercury or Budh is a presence of intellect and sharp mindedness besides which it is a well perceived positive celestial presence for which, it also provides pleasant impacts here in the 8th house and would bestow unique attributes to the natives of this placement.

A powerful Mercury is also responsible for good business or a finance career. Since Mercury is the lord of business and finance, it is very important planet to consider if you are a businessman, a stock broker, a financial analyst, a banker, an accountant, a business analyst or sales professional. Anything related to business, trade, finance, money making cannot be achieved if Mercury is positioned badly in that person’s birth chart.

There can be very rare exceptions though. For example, a person who has a badly placed Mercury may still find success as a business man. In that case, it is possible that some other planet is super strong in his chart e.g Saturn, Jupiter or Venus or there is a conjunction of planets happening in the 7th, 10th or 12th house. Barring these rare exceptions, in general cases, if Mercury is not placed well in a birth chart, there will be problems related to trade, decision making, finance, intellect and overall intelligence of a person.

Before you get busy finding out the position of Mercury in your birth chart, here are a few things to note

The Results Given By An Exalted Mercury In Birth Chart 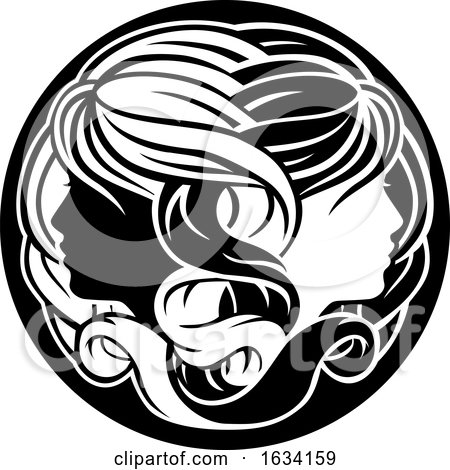 Let’s see some real birth charts where Mercury is exalted.

The above chart is the birth chart of famous actor Amitabh Bachhan. Look at the chart on the left hand side. Here, the Planet Mercury is denoted with the symbol “Me” and it is placed in the house which has the number 6. Number 6 denotes that it is the house of Virgo (Aries = 1, Taurus =2, Gemini = 3, Cancer = 4, Leo = 5, Virgo = 6).

So Amitabh Bachhan has an exalted Mercury and that is placed in the 8th house from Ascendant (Lagna). Furthermore, this mercury is in conjunction with Sun and is causing “Budhaditya Yog” in 8th house. Furthermore, this Mercury is creating “Bhadra Yoga” because it is positioned in the “Mool Trikone”. Also, consider the fact that he also has an Exalted Jupiter placed in the house of Cancer in 6th house, the usual house of “Mercury”, so Jupiter is also helping Mercury. And hence this position of Exalted Mercury is extremely powerful here.

Let’s look at another chart, this one if of ex Indian Prime minister Manmohan Singh.

The house of Virgo primarily represents Logic and practical thoughts. Virgo does not care about creativity and imagination, Virgo is all about being practical. Virgo is a sharp critique and also an unbiased judge. It also represents arguments and detailing (“Tarksheelta”). Somebody who wants to pursue a career in law, their house of Virgo must have strong influence of an important planet because it is this house which governs the elements of Logic.
An Exalted Mercury gives success in the following professional disciplines

An exalted mercury with some influence of Mars gives tremendous prospects in the higher study of Mathematics, Physics or Astronomy. A person who is researching in the field of Physical science or Mathematics or Astronomical studies will find great results if Mercury is exalted in his chart with some influence of Mars.
People who have exalted mercury are excellent Critiques. Give them any position, any topic or any subject and they will detail it so beautifully and point out the pros and cons of that thing to the finest detail. It’s because people with exalted Mercury have immense processing power in their brains and they can go to higher depths about a situation or subject and analyze it thoroughly which other people cannot. Hence, people with exalted Mercury will always find success in the profession of a Marketing Analyst, Financial Analyst, A financial broker in a brokerage firm – something which involves deep analysis with numbers, calculations, formulas and other parameters. Because these people have that capacity of processing complex situations perfectly which normal people do not have. An Exalted Mercury in the 8th house gives immense research capacity to the individual. Especially, if that research is being carried out on an unconventional topic, occult sciences or a very rare discipline. Most of the researchers who have succeeded in their research work have the position of a good mercury in their chart. If your mercury is positioned in the 8th house and is exalted, it will be best if you take up a very rare subject and do research work on it – you will certainly be successful in your efforts.

An exalted Mercury with a combination of Good Rahu, or Good Ketu gives success in the fields of Information technology. They make good programmers, software engineers or database administrators. Rahu and Ketu are the planets which increases the processing power of large amount of information and data, so if they are positioned well in a birth chart with an Exalted Mercury, that person will find success in the fields of Data analysis, database administrators, Data scientists, Technical architect, software architect and so forth.

An exalted Mercury with the good position of Jupiter or Saturn gives success in Banking sector, in accounting, taxation or anything which needs calculation of numbers or money.

An exalted Mercury with good position of Moon gives success in Writing and composition. If you have an Exalted Mercury and the position of Moon is good in the chart, you will find success in the field of Writing. You can be a Novelist, a poet, a journalist or editor, a blogger or a media professional who writes on a particular topic and will be considered an expert in that given discipline. Moon represents “Mind” and “Imagination” and coupled with an Exalted Mercury, it creates the ingredients necessary for writers to succeed in their work. Although, Mercury considers Moon as its enemy but Moon does not consider Mercury as its enemy, so Moon supports Mercury and makes it more powerful, thereby increasing the qualities of imagination and expression.

This does not mean that anyone who has Exalted Mercury in 7th house will always be a business man, by default. There are other factors to consider but this is a general observation that if someone has exalted Mercury in the 7th house, he finds success in business. That business need not be a multi million dollar enterprise – it can even be a small coffee shop. The magnitude depends on the strength of the overall birth chart, the strength of ascendant, mahadasha, antardasha, nakshatra and lot of other things. But the general observation is that exalted Mercury in 7th house generally gives success in business – be it big be it small.

The Results of A Debilitated Mercury

Mercury is considered debilitated when it is placed in the sign of Pisces (“Meen”). The maximum debilitation point for Mercury is 15 degrees in Pisces.

Pisces is the house of creativity, imagination and expression. Mercury is all about intelligence, logic and practicality. Hence, in the house of Pisces, Mercury feels uncomfortable since it cannot dwell into the attributes that comes with the Pisces house – creativity and imagination. There is dissonance and hence Mercury is debilitated in Pisces.

Mercury placed in Pisces does not mean that Mercury will always give bad results by default. There are lot of factors which decides whether a planet will give bad results or not. However, in general, if Mercury is placed in the house of Pisces, Mercury does not give favourable results.

If a subject has a malefic mercury (Budh) or debilitated Budh in his/her birth chart, then it is recommended to chant the following Budh beej mantra 108 times a day, either 30 minutes before sunrise or 30 minutes after sunset. Although it is not easy to spot Mercury right after Sunset, but if you are Lucky and the evening Sky is clear of clouds, you can spot a single “White” dot visible in the West or South West direction of the Sky.

You should chant the Mantra in the direction of Mercury, either 30 minutes before Sunrise (east) or 30 minutes after Sunset (west).