Read the astrological effects of Mars Transit in various zodiac signs and its impact on your career, business, education, love and family life.

The Mars Transit means the entry of Mars from onesign to another. The duration of Mars Transit is about one and a half months i.e. it transmits in everysign for about 45 days. In this period, Mars affects human life by being located in different houses​​of each zodiac sign.

If Mars is posited in the right house in your horoscope, then the person becomes very active. But, ifMars is placed in the wrong house, then that person may suffer from accidents, operations, liver problems,electric shocks, burns, etc. Moreover, the Mars-Rahu conjunction may cause you hemoglobin and hypertension-relatedproblems.

Importance of Mars in Vedic Astrology

The planet Mars is the giver of energy, passion, and action. It is considered to be a corporeal forcethat forces you to act and reciprocate, to take action, to make a bold step, and to lead by a strongpersonality. The energy of this planet is intense and can be both negative and positive. Mars can makeyou a passionate lover, but it can also make you a slave of the senses. It can turn you a brave, butalso a violent person.

Mars holds astrological importance in marital happiness. This further needs a deep study of Mars transitto explain how it may affect you. Mars transit is particularly crucial as it will be forming many keycombinations while moving through the zodiac house. Here is how Mars transit will affect all zodiac signs.

The major key role is to maintain a peaceful relationship without becoming obstinate of being right.Forget and forgive theory will fix your relationship problems if there is any in your life. By thistheory, you can bring your lost love and romance back in your life. Capricorn is a fixed sign; Mars here will help you to resolve all your troubles. Sun and Moon are two friendly planetsfor Mars, while Mercury and Ketu conjunctions are not aspired. The much feared ‘MangalDosha’ in Vedic astrologyis caused by the planet, Mars and hence, impact your conjugal compatibility.

The Result of Mars Transit

First House- When Mars enters the first house, then the courage, strength, and self-confidenceof the person increases. He succeeds in living his thoughts. Although there is an increase in angerand ego issues because of the Mars placed in the ascendant house (First House). As a result, problems,fight, and dispute conditions are created.

Second House- When Mars transits from the moon at the time of your birth to the second house,it increases human interest towards objects. In the meantime, one strives hard to achieve worldly happinessand wealth, as well as to spend more money on the purchase of various goods. Sagittarius work horoscope 2021. Apart from this, Mars alsoincreases the anger issues within the person by attaining physical pleasures.

Third House- When Mars transmits from the first house to the third house, then the energy iswasted in many tasks. Mood swings and many types of plans are implemented. During this time, the conditionsof the dispute also get increased. There is fear of getting hurt from vehicles and machines. 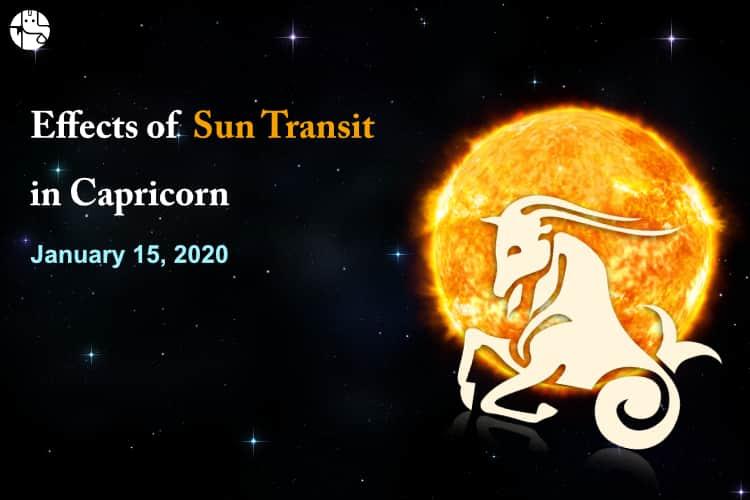 Fourth House- When Mars transits through the fourth house, the responsibilities associated withthe family and the house increases. During this, there is a situation of dispute with the family orthere is confusion within the family members. Concerns about something or matter starts to grow.

Fifth House- Mars Transit in this house considered to be really auspicious for those who wantto spend more time with their children as, the person develop a cordial relationship with the children,and the family relationships also get blossomed. The influence of Mars creates an attraction in personality,and there is a desire to speak openly. Excitement increases in sports and recreational activities.

Sixth House- Mars transit from the moon at the time of your birth to the sixth house considersto be really auspicious. During this time, the person earns more and more income from his efforts andfulfills his desires. The effect of Mars on the person's routine is more organized than before. However,there are some problems faced in matters related to job.

Seventh House- Moon transit in the seventh house is considered to be inauspicious. Because ofMars transit in this house, a situation of separation can also be made from a spouse. You will get shorttempered, aggressive and bitterness increases in speech. Failure in legal matters creates a possibilityof loss.

Eighth House- Mars transit in the eighth house makes person’s task unsuccessful. Fire and theftare likely to cause loss of money. Even in terms of wealth accumulation, Mars does not produce auspiciouseffect in the eighth house. The body may have to face wounds or other physical pain.

Ninth House- Mars Transit in the ninth house can cause legal problems. However, during this time,Mars can also help you bag big opportunity. With the influence of Mars, the feeling of anger and egoincreases in your nature. The Mars located in the ninth house gives the result to the person accordingto his hard work.

Tenth House- Mars transit in the tenth house is considered to be really auspicious, as the transitof Mars in the tenth house becomes the sum of monetary benefits. The person gets fame and identity fromhis qualities. Vehicle and other physical pleasures are attained. Although the Mars here is not favorablefor the children's side.

Eleventh House- Mars transit in the eleventh house gives people patience. During this time, disputeswith your friends become a problem. The effect of Mars increases with courage and the benefits of moneygain also get increased.

Twelfth House- Mars transit in the twelfth house does not give favorable results. During thistime, Mars becomes the cause of grief in marital life. Mars located in this house also gives eye problems.Lack of expenditure is likely to increase liability. The fear associated with theft remains.

Home » The 9 Planets » Mars in Astrology

Basic Astronomical facts about Mars
Mars is the fourth planet from the Sun and it is the first planet outside Earth's boundary. It appears to be of reddish color as seen from Earth. It has a diameter of about 6,794 kilometers. Its closest distance from the Earth is about 56 million kilometers. From Sun its distance varies from 205 million kilometers to 249 million kilometers. Mars takes 687 days to make one orbit around the Sun and it takes 24 hours and 37 minutes to complete one rotation on its axis. Its surface temperature varies from 10°C to -120° C. Its average geocentric motion per day is 00°31'27'. Mars have two natural satellite of its own, named Phobos and Deimos. Mars retrograde period is about 60 to 80 days and it gets retrograde approximately every twenty six months.

The Mars in Hindu Mythology
Daksha, the king of entire earth once organized the greatest yagna and invited all gods, demigods, sages, and other famous personalities. He however did not invite Lord Shiva, his own son-in-law. When Sati, Lord Shiva's wife heard about this yagna she left to attend it inspite her husband's objections, but when she arrived there her father Daksha insulted Shiva. This was unbearable for Sati and she gave up her life.
On hearing the events that had taken place at Daksha's yagna, Lord Shiva's wrath reached its boiling point and in rage he pulled a hair from his matted locks and threw it on the ground and it became a fiery being of unequal strength with many heads and eyes, and thousands arms and legs. His mare sight was enough to strike unparallel fear in strongest of hearts. Lord Shiva named him Virabhadra and commanded him to destroy Daksha and his yagna and anyone who tries to stop him.
Virabhadra with Shiva's army of spirits and goblins reached the venue of the yagna and seeing him and his army all started to run in different directions to save themselves. Virabhadra destroyed Daksha's sacrifice, and then killed Daksha. Virabhadra returned to Shiva who was extremely pleased with him, and granted him a permanent place in the heavens as a planet and named him Angaraka (Mars), the fiercest of planets. As Lord Shiva directly produced Mars or Angaraka's, he is naturally referred as son of Lord Shiva just like his other son Karttikeya and it is said that those afflicted by Mars should worship Karttikeya.

Body parts, function and diseases governed Mars
Mars is associated with our physical and energy levels It is the natural significator of muscles, without Mars one cannot move a muscle and it is the energizer and stimulator of all aspects of our bodies. In terms of body parts and health problems Mars signifies head and reproductive organs due to its ownership of Aries and Scorpio, the natural first and eight houses of the zodiac. It governs muscular system, adrenal and prostate gland, blood - specifically red blood cells and thus signifies any disease related to blood disorders, such as anemia, blood poisoning etc. Any type of blows, cuts, accident, wounds and surgery are signified by Mars. Headaches including migraine headaches, brain fevers and any type of inflammation, high fever and rapid temperature increases are also governed by Mars. As Mars also rules over the reproductive system it governs most diseases related to them like hemorrhoids, piles, diseases of the reproductive system, bladder, and venereal diseases. If Mars is well placed and aspected then one can quickly bounce back from sickness and have good recuperating powers and stamina.

Remedies for Mars to be performed if Mars is not well placed in the horoscope: